General Hospital (GH) spoilers tease that Nancy Lee Grahn, General Hospital’s Alexis Davis, showed off her battle wounds from attempting to cook a meal herself recently on Instagram, and promptly grossed out more than one of her castmates!

General Hospital viewers who pay any attention at all to Alexis Davis’ storylines on General Hospital know that Alexis cannot cook! Those who follow her portrayer, Nancy Lee Grahn know that life imitates art in that Nancy doesn’t cook either, and her fiancé Richard Smith usually does all the cooking in their home. Nancy had managed to cut her finger with a kitchen knife while trying to cook something herself, and had to go to urgent care – she required five stitches, and posted her wounds and the blood soaked paper towel for all the world to see on both Twitter and Instagram. 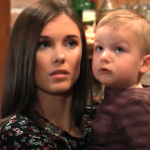 General Hospital viewers who follow Nancy on social media know that her humor can be as funny as her political comments can be hateful, and she commented on the photo she posted of her sewn-up finger that she was going to call her new cooking show “Five stitches if you want dinner”! It is difficult to know whether her castmates and former General Hospital castmates were kidding or grossed out by their comments – Lisa LoCicero, who plays Olivia Quartermaine commented she threw up, while Rebecca Budig, who played Hayden Barnes, asked that Nancy didn’t invite her for dinner!

Lisa, whose character Olivia is an excellent cook, also advised Nancy not to cook! Yet, as far as is known, Alexis has never invited Olivia to come to her house to cook on General Hospital either! General Hospital viewers will recall from a recent General Hospital episode that Alexis had mentioned she’d burnt up a coffee pot when talking to Shawn Butler (Sean Blakemore) in the vicinity of some terrible coffee at General Hospital! 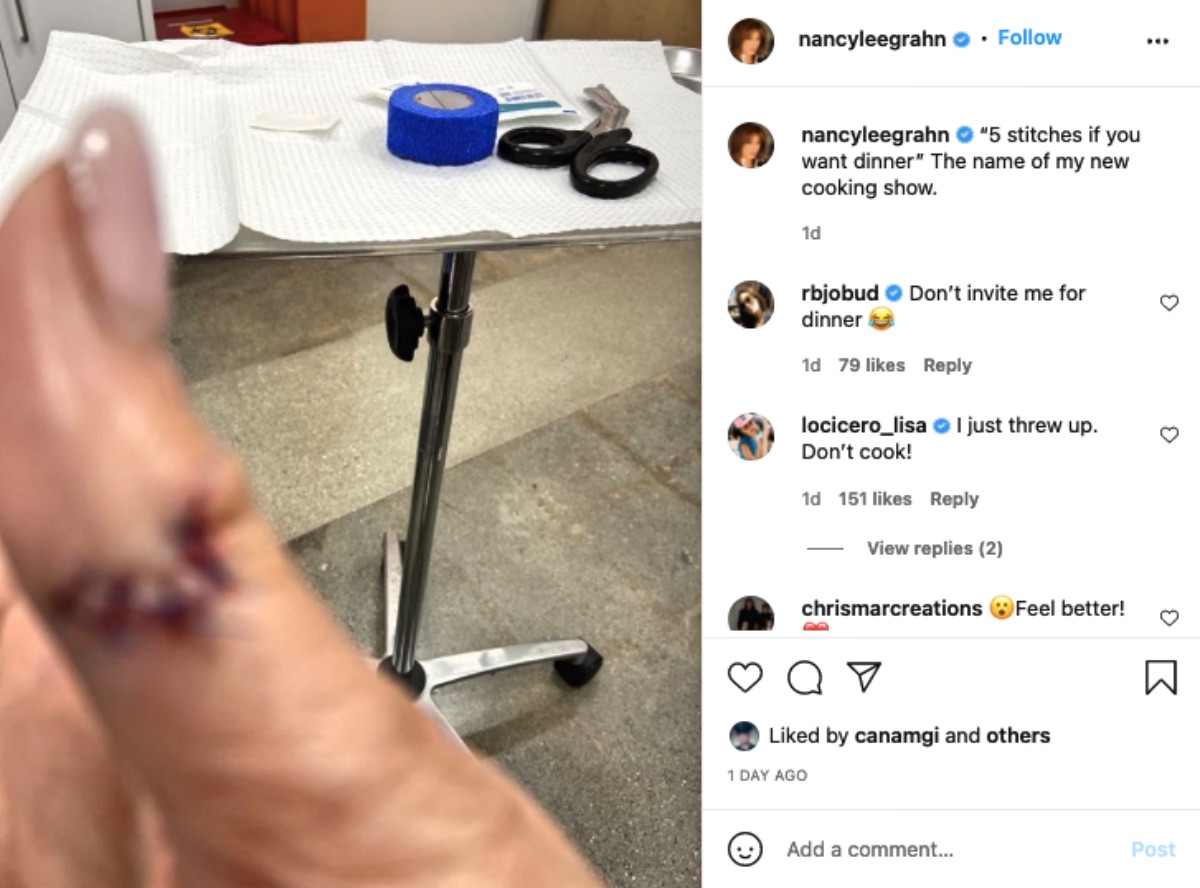 General Hospital fans who are fans of Nancy’s will recall that last year, during the pandemic shutdown, that Nancy had complained about not being able to order holiday meals to be delivered! The meal would have only been for Richard, her daughter Kate, and a family friend of theirs who apparently at that time was stuck at their house in the midst of the lockdown, but Nancy was extremely upset!

She noted to General Hospital fans on Facebook that she couldn’t even get anything from grocery stores that usually delivered food where she lived! Many people order their holiday meals to be catered or delivered from grocery stores or restaurants, but no cook Nancy couldn’t even get anything for Richard to cook for them – and she couldn’t find anyone to cook and deliver anything at all, not even Quartermaine family Thanksgiving pizza!