The big news on General Hospital the week of February 21-25 is Peter August’s (Wes Ramsey) takedown and expected death, he has too many targets on his back to make it out alive this time! General Hospital viewers will recall that Peter has taken Maxie Jones (Kirsten Storms) to a farm he bought outside of the small Swiss village of Verstecte Weise, meaning “hidden meadow”. Anna Devane, (Finola Hughes) has been receiving Maxie’s breadcrumbs and she, Dante Falconeri (Dominic Zamprogna), and Drew Cain (Cameron Mathison) are in Switzerland along with Felicia Scorpio (Kristina Wagner) who might actually get there first. Felicia remembered Peter talking about the farm and even remembered the name of the village; but also after Peter is Victor Cassadine’s (Charles Shaughnessy) henchmen, including a WSB agent, Agent Krieger (Josh Adamson) who’s in his pocket. Victor’s intentions are death for Peter with Anna and Dante expendable although he wants Drew alive!

Also during the week of February 21-25 at General Hospital, Nikolas and Spencer Cassadine (Marcus Coloma, Nicholas Chavez) take baby steps towards a father-son reconciliation after the urgings of Nikolas’ mother and Spencer’s grandmother Laura Collins (Genie Francis). General Hospital viewers will also see Laura deal with Esme Prince (Avery Kristen Pohl) who tries to hide her squirming when Laura lays down the law; she’ll also try to lie her way out of some situations coming up this week.

Viewers will recall that after Kevin Collins (Jon Lindstrom) put restrictions on her at Spring Ridge, namely putting the kibosh on any further visits to Ryan Chamberlain (Jon Lindstrom) she headed back to the Corinthos cabin to retrieve the burner phone she left there. Esme had filmed Josslyn Jacks (Eden McCoy) and Cameron Webber (William Lipton) having sex, and she could either have streaming it on the internet in mind or framing Trina Robinson (Sydney Mikayla) for filming it and streaming it, or who knows what else with Esme? Regardless of what Esme’s plans for the video are, when karma comes back to bite her behind she’ll try to squirm out of the consequences by lying!

Sonny and Carly Corinthos (Maurice Benard, Laura Wright) will do some negotiating during the week of February 21-25 on General Hospital, but it may be the type of negotiating that takes place with divorce attorneys present! Sonny won’t get what he wants regarding convincing Carly to reconcile, so General Hospital viewers will see him getting drunk again because Carly simply cannot unsee what she saw on The Haunted Star – namely, Sonny in bed with Nina Reeves (Cynthia Watros)! Carly simply cannot forgive what she considers unforgivable, and she continues to move forward with her divorce actions against Sonny in upcoming General Hospital episodes with both of them having their own lawyer soon. Meanwhile, Nina will see Sonny drinking and being self-destructive again and worry if she should intervene; but Lucy Coe (Lynn Herring) will spot her and pull her back and warn her it’s not a good idea.

After Peter meets justice or his maker, Maxie returns to Port Charles and reclaims her baby Louise Jones (London and Jett Prinzo-Berendt) on General Hospital the week of February 21-25. Like her mother, she may also realize that a gradual introduction to herself and her real family may be better for Louise than such a sudden switchover; Maxie may even move in. General Hospital viewers know that Brook Lynn Quartermaine (Amanda Setton) and Harrison Chase (Josh Swickard) have plenty of room for Maxie so that Louise can get used to her real mommy.

More than likely BLQ and Chase will remain extended family for Louise as well as Maxie after their amazing sacrifices for the baby! Sam McCall (Kelly Monaco) gets a call that sends her rushing to General Hospital; it’s possible that either Dante or Drew may require some medical attention after the fiasco with Peter’s takedown in Switzerland, but obviously not anything serious or they’d have been treated there!

During the week of February 28-March 4 at General Hospital, Drew will give Marshall Ashford (Robert Gossett) a job offer –but it will be a favor for Curtis Ashford (Donnell Turner) to see if Marshall uses a fake social security number or other standard information that could reveal Marshall’s past. However, Marshall will figure it out and he’ll have a thing or two to say to his son about it soon!

Meanwhile, General Hospital viewers will see Elizabeth Baldwin’s (Rebecca Herbst) bizarre occurrences ramp up and become even more bizarre during the week of February 28-March 4! Jake Webber (Hudson West), who has been having problems coping with the deaths of Franco Baldwin (Roger Howarth) and Jason Morgan (Steve Burton) so close together will be questioned, and Dante and Sam will get involved in investigating. However, it’s looking more and more like Elizabeth has developed dissociative identity disorder and it’s her alter, “Biz” who may be doing all these strange Franco-related things!

During the week of February 28-March 4, General Hospital viewers will see a blowup between Nina and Willow Tait (Katelyn MacMullen), possibly over Nina sleeping with Sonny on The Haunted Star. General Hospital viewers know that Michael Corinthos (Chad Duell) knows all about it and told Willow, and she may chastise Nina over making situations even worse! Meanwhile, Michael will realize that he owes Chase a long-due apology and try to make amends with his old friend. Also during the week of February 28-March 4, the grieving Sasha Gilmore (Sofia Mattsson) and Brando Corbin (Johnny Wactor) will finally work out their differences over styles of grief, and hop in bed! Maybe if they’re lucky she’ll get pregnant again and it will be successful this time! 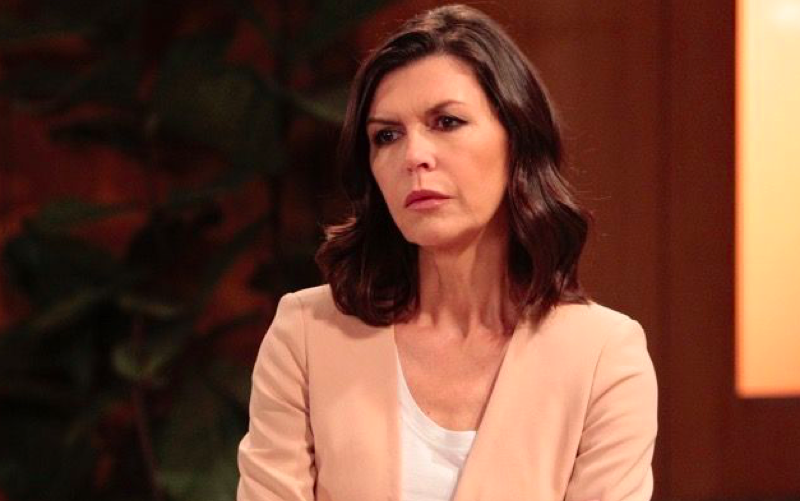 General Hospital viewers will see Anna receive a mysterious call during the week of February 28-March 4, which will involve a request to meet; she’ll be concerned about the danger Drew may still be in and issue a warning! Also during the week of February 28-March 4 at General Hospital, Felicia and Laura will put the kibosh on Mac Scorpio’s (John J. York) on Mac’s return to work..he’s impatient, but it’s too soon. 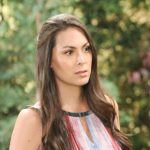 But then the PCPD may no longer be as short-staffed as it had been, considering Curtis and Portia Robinson (Brook Kerr) receive a big surprise! Last week TJ Ashford (Tajh Bellow) mentioned someone may be coming home sooner than expected, and that’s probably Jordan Ashford (last played by Briana Nicole Henry). Last but not least, March 4 will be a sad anniversary for many Port Charles residents; the only thing that fits the time frame is the anniversary of Franco’s death.