General Hospital (GH) spoilers and updates tease that in a recent GH leak that Spencer Cassadine (Nicholas Chavez) will be arrested for harassment and criminal mischief – and he’ll have to use a public defender!

General Hospital viewers have to wonder if justice finally exposes Spencer Cassadine (Nicholas Chavez) as Ava Cassadine’s (Maura West) stalker, or if someone is setting him up! No doubt, Spencer was the culprit who sent the Plexiglas enrobed cockroach and the disembodied anatomical hand. Spencer is also the one who stabbed a photo of Ava and Nikolas Cassadine (Marcus Coloma) together, had the teddy bear with Ryan Chamberlain’s (Jon Lindstrom) voice put in the Metro Court suite where Ava and Nikolas were staying with Avery Jerome-Corinthos (Ava and Grace Scarola). General Hospital viewers also saw that it was Nikolas who set the Jerome Gallery’s sprinkler system up to rain fake blood, and he threw away his shoes in a dumpster when he found out police discovered footprints! But his girlfriend Esme Prince (Avery Kristen Pohl) gave him an alibi – so viewers have to wonder why he is in court!

General Hospital viewers must remember that Port Charles Police are continuing to actively investigate the stalking case since no one has yet been arrested. The PCPD has not even found a person of interest, partly because of Nikolas’ own efforts to apprehend a suspect instead of letting the police do their job. This scene will probably play out after that of when Nikolas cuts off Spencer’s credit card when he owes two nights at a luxury hotel. 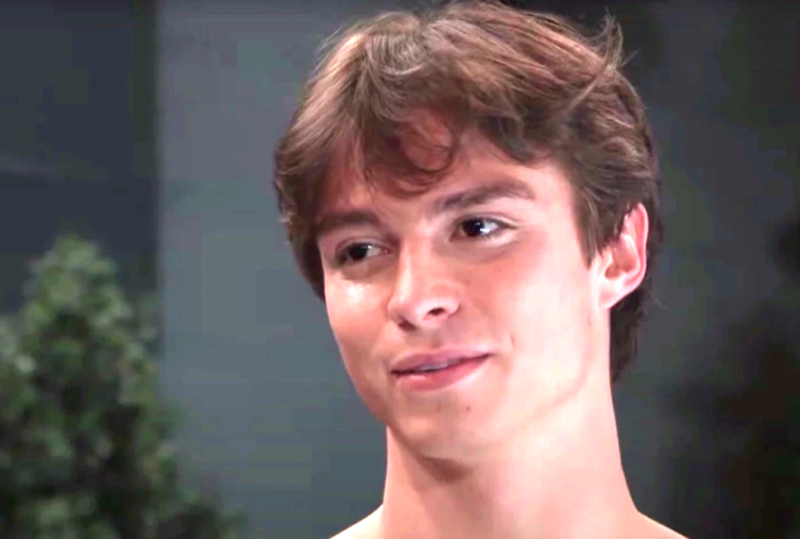 General Hospital viewers may yet see Spencer’s shoes be found with the fake blood on them and they are traced back to him. That would prove his guilt in the vandalism of the Jerome Art Gallery and give investigators a good reason to suspect him as the stalker responsible for the rest of the incidents as well! Then Esme’s having set the car fire would be a separate investigation. 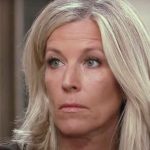 Esme Prince May Drop Spencer Cassadine Like A Hot Potato

General Hospital viewers know there is a good chance that if Esme is just another party girl hanger-on that she’ll dump “Spence” like a hot potato and turn him in to the police and testify of what she knows. She didn’t make any moves to step up and pay that hotel bill, after all. She must have had some money of her own or she couldn’t have gotten herself to Port Charles from France! There is also another possible scenario that leads Spencer into court and having to use a public defender in a future episode of General Hospital.

Perhaps evidence will turn up that incriminates Esme in setting Ava’s car on fire and it leads back to her – so she could turn him in to save herself! In any event, Spencer Cassadine is headed for a humbling experience that he would formerly have laughed at if it had happened to one of the “townies”. With Laura Collins (Genie Francis) in protective custody as well as newfound uncle Attorney Martin Grey, (Michael E. Knight) Spencer has nowhere to turn for money or help once his father finally shows him some tough love!