General Hospital (GH) spoilers and updates tease Ava Jerome-Cassadine (Maura West) has decided to fight back. She and her husband Nikolas Cassadine (Marcus Coloma) have been having trouble with a stalker who wants to destroy their marriage. Ava and Nikolas do not know that the stalker has been Nikolas’ son Spencer Cassadine (Nicholas Chavez). Nikolas believed that Spencer could be the stalker and tried to expose him. However, Ava’s car was set on fire when he was trying to expose the truth about Spencer. Nikolas and Ava believe that Spencer is innocent. Spencer has a girlfriend Esme Prince (Avery Kristen Polh) who set fire to the car to help Spencer. She has been the one who has been influencing Spencer to go after Nikolas and Ava.

Esme wants to impress Spencer. She wants to help him to get Ava out of Nikolas’ life. She has been helping Spencer with the stalking of Ava and Nikolas. Esme has information about Ava that most people do not have. She left the badge that Ava’s daughter Kiki Jerome (Hayley Erin) used when she worked at General Hospital. Ava buried the badge with Kiki when she buried her daughter. Kiki was murdered by Ryan Chamberlain (Jon Lindstrom). Kiki and Ava had been having trouble with their relationship and Ryan thought that he could impress Ava by getting rid of Kiki. Esme has an interest in Ryan. She may not like Ava because Ryan is currently in Spring Ridge with locked-in syndrome. Esme wants to volunteer at Spring Ridge to help Ryan. Esme does not know that Ryan is faking his locked-in syndrome. Esme will be happy to find out that Ryan is not catatonic and would want to help Ryan in making Ava suffer for being with Nikolas. 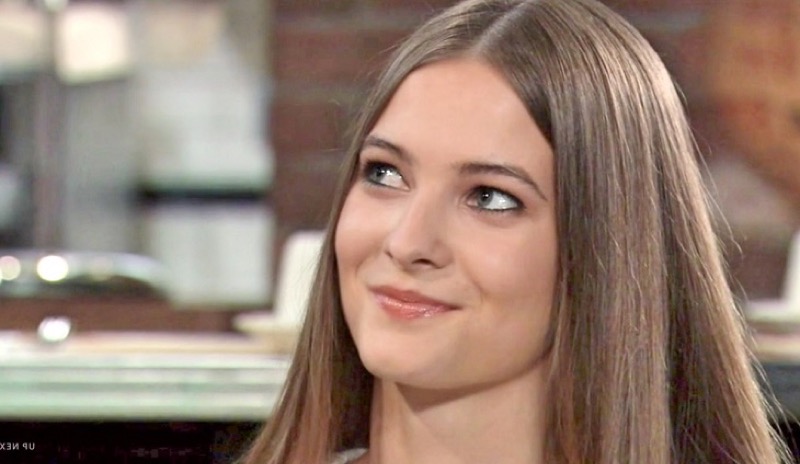 Ava does not trust Esme. She believes that Esme is not a good match for Spencer. Ava believes that Spencer should be with Trina Robinson (Sydney Mikayla). Ava and Trina have become close. Ava considers Trina to be like a daughter to her. Trina was starting to want to be in a relationship with Spencer before she found out that Spencer was with Esme. Ava wants help Trina to find a way to get into a relationship with Spencer. Esme will not be happy that Ava wants to help Trina to get Spencer away from her.

General Hospital Ava does not know that Esme is dangerous. She believes that Esme is a spoiled rich girl who is taking advantage of Spencer. She does not know that Esme has an interest in Ryan and has been influencing Spencer to stalk her and Nikolas. What will Ava do when she finds out how dangerous Esme really is? Ava wants Trina to be with Spencer. What will Ava do to help Trina be the one that Spencer wants to be with? Ava will need to be on her guard around Esme. Can Ava keep Esme from doing more damage to her life? Esme will not be happy if she loses Spencer to Trina. Will Esme try to hurt Trina if Ava helps Trina get Spencer? Esme may find an ally in Ryan. Will Ava and the ones that she loves be in danger if Esme starts to help Ryan get his revenge on his enemies? Be sure to catch up on everything happening with GH right now. Come back here often for General Hospital spoilers, news, and updates.