General Hospital (GH) Spoilers: Spencer and Trina At Odds over Nikolas and Ava?

General Hospital (GH) spoilers and updates tease that Trina Robinson (Sidney Makayla) is making a few new connections. Trina was going to her graduation party. She wanted to go to the art gallery that Ava Jerome-Cassadine (Maura West) owns because she works with Ava. Trina was surprised by Nikolas Cassadine (Marcus Coloma) who was trying to find out if the stalker that was targeted him and Ava was at the gallery. Trina ended up spraying Nikolas with pepper spray. Trina felt bad for accidentally hurting Nikolas and called his mother Mayor Laura Collins (Genie Francis) and Laura’s husband Kevin Collins (Jon Lindstrom) to come to help Nikolas. Nikolas thought that it was good that Trina had defended herself. Nikolas left with Laura and Kevin. Trina left the gallery but returned.

Trina encountered a man with a mask. She tried to defend herself but did not have enough pepper spray. The man in the mask had rigged the sprinkler system with a red liquid that looked like blood. Trina ended up covered in the red liquid after accidentally setting off the sprinkler system. She went to her graduation party that Curtis Ashford (Donnell Turner) was holding for her at his nightclub The Savoy. Trina was unsure if she would stay but she was convinced that she could get cleaned up and stay at her party. Trina met a young man that told her his name was Victor and that she should have fun at her party. He also told her that he worked for Curtis. Trina does not know that Victor is really Spencer Cassadine (Nicholas Alexander Chaves) who is Nikolas’ son and that he was the one who rigged the sprinkler system. Trina and Spencer have started to spend time together.

Trina and Ava have a close relationship. When Trina went to work for Ava her mother Dr. Portia Robinson (Brook Kerr) was concerned about Ava’s past. Ava was able to get Portia to accept her as one of Trina’s friends. Trina knows that Ava and Nikolas are having trouble with their relationship because of the stalker. Trina wants Ava to be happy and knows that she has been happy with Nikolas. Trina was glad that Nikolas was not upset that she accidentally sprayed him with pepper spray. Trina may decide that Ava and Nikolas need to stay together even though the stalker is coming after them. She may try to get Spencer to help her to keep Ava and Nikolas together. 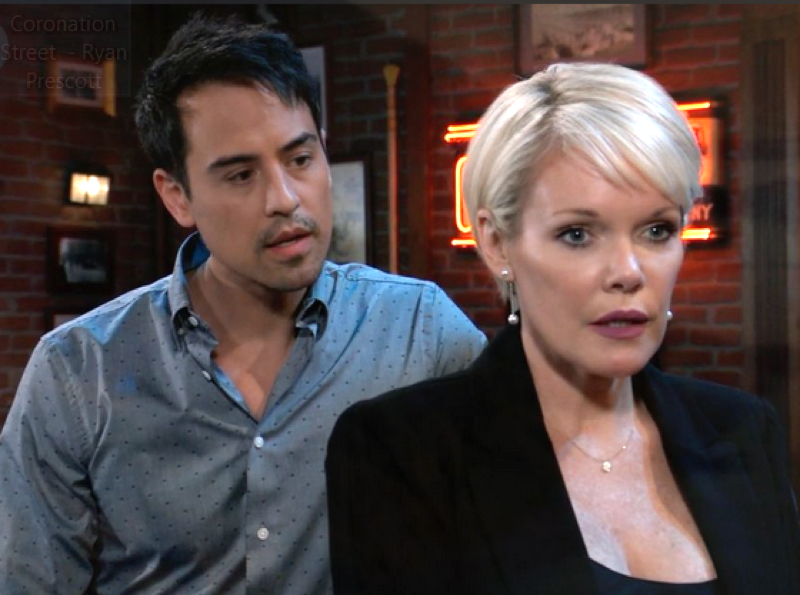 Spencer does not like that Nikolas and Ava are together. Spencer has been upset that Ava did not testify against Valentin Cassadine (James Patrick Stuart) in a lawsuit. Spencer and everyone else believed that Valentin had killed Nikolas. Spencer wanted to get justice for his father with the lawsuit. Later Spencer was upset with Nikolas for not letting him know that he was alive. Spencer has been trying to break Ava and Nikolas apart because he is the stalker that is targeting them. Spencer will not want to help Trina to keep Nikolas and Ava together. Spencer may tell Trina that Nikolas should be with someone else. Spencer may believe that Nikolas should be with Dr. Britt Westbourne (Kelly Thiebaud) or Elizabeth Webber Baldwin (Rebecca Herbst) because Nikolas dated them both in the past at different times. 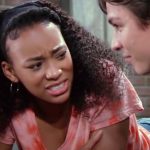 General Hospital Trina will not know why Spencer will disagree with her about Ava and Nikolas. Trina may try to convince Spencer that Ava is good with Nikolas. Can Trina convince Spencer that Ava and Nikolas should be together? Spencer has not wanted Ava with Nikolas. Could Trina help Spencer to see Ava in a different way? Trina does not know that Spencer has been stalking Ava and Nikolas. Could Trina be the one to get Spencer to stop stalking Ava and Nikolas? Trina wants to get close to Spencer. Will Trina want to get to know Spencer if he does not want Ava with Nikolas? Spencer may try to get Nikolas to start to date one of his past loves. Will Spencer be able to get Nikolas to be with Britt or Liz instead of Ava? Spencer is interested in Trina. Could Spencer decide that Trina is right about Nikolas and Ava and help her to put them together again? Be sure to catch up on everything happening with GH right now. Come back here often for General Hospital spoilers, news, and updates.