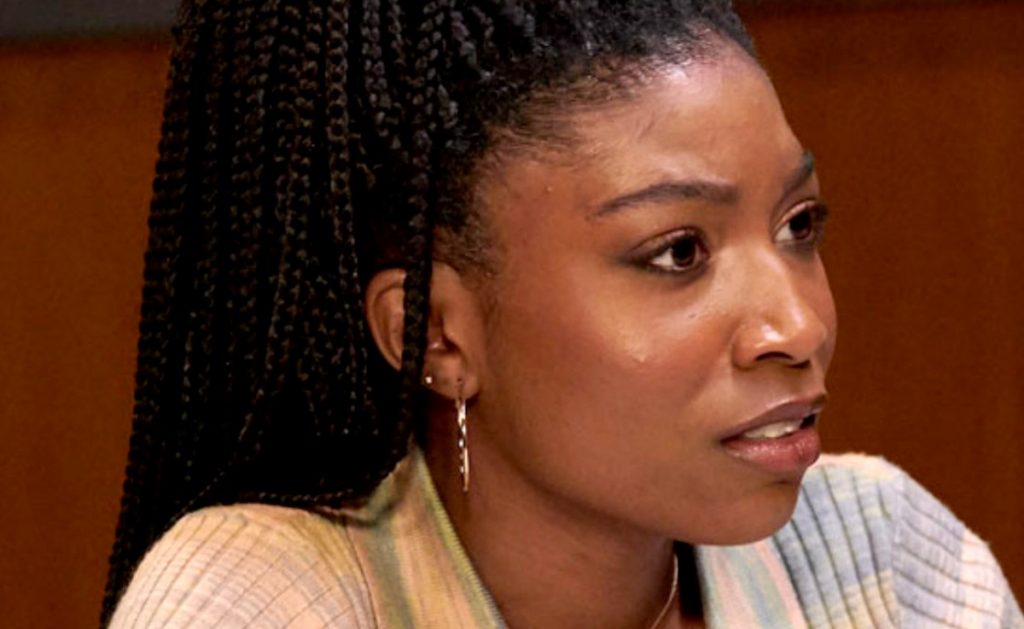 General Hospital spoilers reveal that Trina Robinson’s (Tabyana Ali) trial will continue during the week of August 8. However, it is teased that Rory Cabrera (Michael Blake Kruse) is given a difficult assignment. If Trina is found guilty, could Rory have to take her into custody? If so, Rory just might put his career and freedom at risk until proof is found that Trina was framed.

GH spoilers reveal that fans were confident that the truth would come out during Trina’s trial. Despite Spencer Cassadine’s (Nicholas Alexander Chavez) confession, which gave Trina an alibi, things are looking shaky.

Trina is already preparing for the chance that she could go to prison. Meanwhile, Portia Robinson’s (Brook Kerr) panic will intensify while others do their best to help expose Esme Prince (Avery Kristen Pohl) framing Trina. 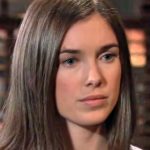 Even though fans want Trina to be found innocent, that might not happen. Trina could be found guilty. This could explain what assignment Rory is given that he finds so hard. Rory has feelings for Trina and knows she’s innocent. So, to be forced to handcuff Trina and take her into custody would tear him apart.

General Hospital spoilers reveal that so far, Rory seems like a saint. Even the best “good guy” characters in soaps do questionable things, though. So, what if Rory just can’t take Trina to prison? What if Rory suddenly decides to let Trina go free even if it means she will be a fugitive?

Rory knows that Trina’s loved ones are still working to prove that Esme framed Trina. Plus, Rory really wants to be accepted by Marcus Taggert (Real Andrews) and be the man that saves Trina. Even though Rory hasn’t said it, he doesn’t want Spencer to be the hero in Trina’s story. 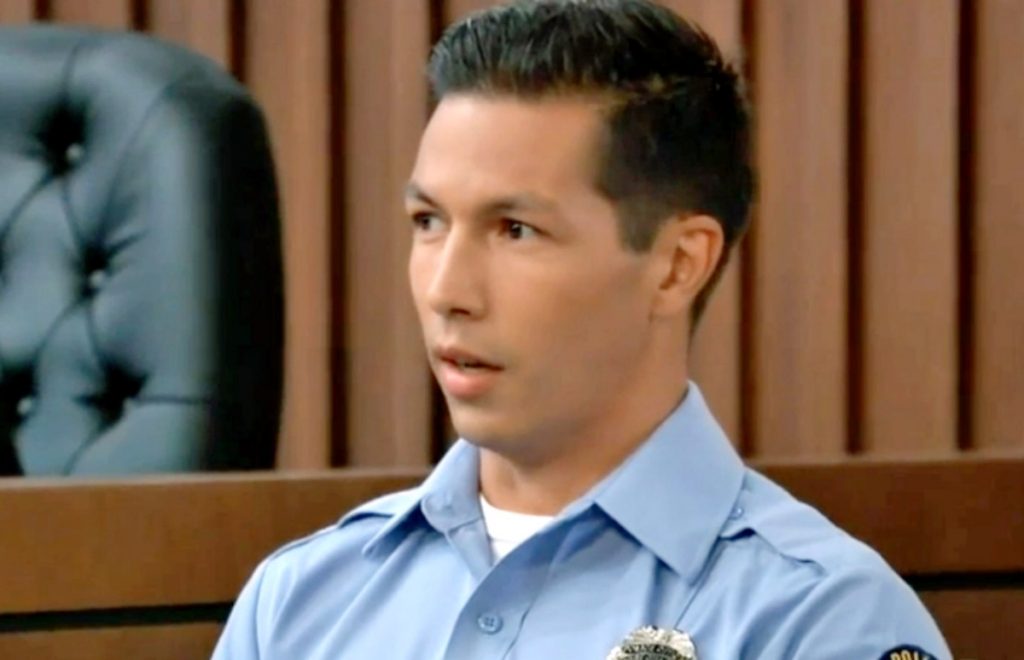 Rory will know that the first place the police will search for Trina is with her family and friends. So, what if Rory hides Trina somewhere? In the meantime, Trina’s loves ones could eventually find proof that Esme is the one that did all of this.

However, with Esme being presumed dead, will they ever find out the truth? Or could Trina have to look over her shoulder for the rest of her life?

What are your predictions for Trina’s verdict? If found guilty, could Rory’s tough assignment be taking Trina to prison? Will Rory commit a felony to hide Trina until her name can be cleared? Share your thoughts and remember to keep watching the ABC soap to see what happens next.