General Hospital (GH) spoilers tease that in this week’s General Hospital Sneak Peek, Nina Reeves (Cynthia Watros) waits at Jasper “Jax” Jacks’ (Ingo Rademacher) bedside after he was shot. As she tries to get him to wake up, however the first thing she hears from his mouth is “Sonny”, indicating he remembers seeing Sonny Corinthos (Maurice Benard)!

General Hospital viewers will recall that Jax unexpectedly showed up in Nixon Falls, after tracking Nina there when she inadvertently told him on the phone she was spending time with Phyllis Caulfield (Joyce Guy). Obviously, he had done some detective work or had someone do it for him in order to find the Tan-O in teeny tiny Nixon Falls, Pennsylvania, and he didn’t even have to stop there – he went straight to the Nixon Falls charity dance for the fire department! General Hospital viewers will recall that Jax only wanted a chance to repair some of the damage he had done to his relationship with Nina, which of course was siding with Carly Corinthos (Laura Wright) and keeping Nelle Benson’s (Chloe Lanier) identity as Nina’s long-lost daughter a secret from her! 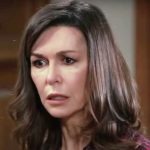 After all that time searching for her child only to find out she was in her life and not finding out until after her death was simply too much for Nina! At the dance, Nina had taken Jax aside to talk while Phyllis, taking over the raffle table told “Mike” aka Sonny to go find Nina. Just then, a robber with a gun demanded the cashbox! At the same time another gunman stopped Jax and Nina from leaving, and Jax, trying to play the hero, was shot in a struggle over the gun while “Mike” took down the other gunman.

It was only a shoulder wound but enough for Jax to pass out, and “Mike” came over asking Nina if she was okay while the paramedics worked on Jax. “Mike” wants to know who the guy who got shot was, and Nina told him he was someone from her past. Nina tells “Mike” she’s going to go with Jax to the clinic, and Jax wakes up briefly and points at him, exclaiming “what the hell?” Then he passed out again, and Nina goes with him to the hospital, which turns out to be the hospital associated with the clinic where Phyllis works – Nixon Falls isn’t a very big town and the hospital isn’t much more than a clinic itself. She’ll call with updates. 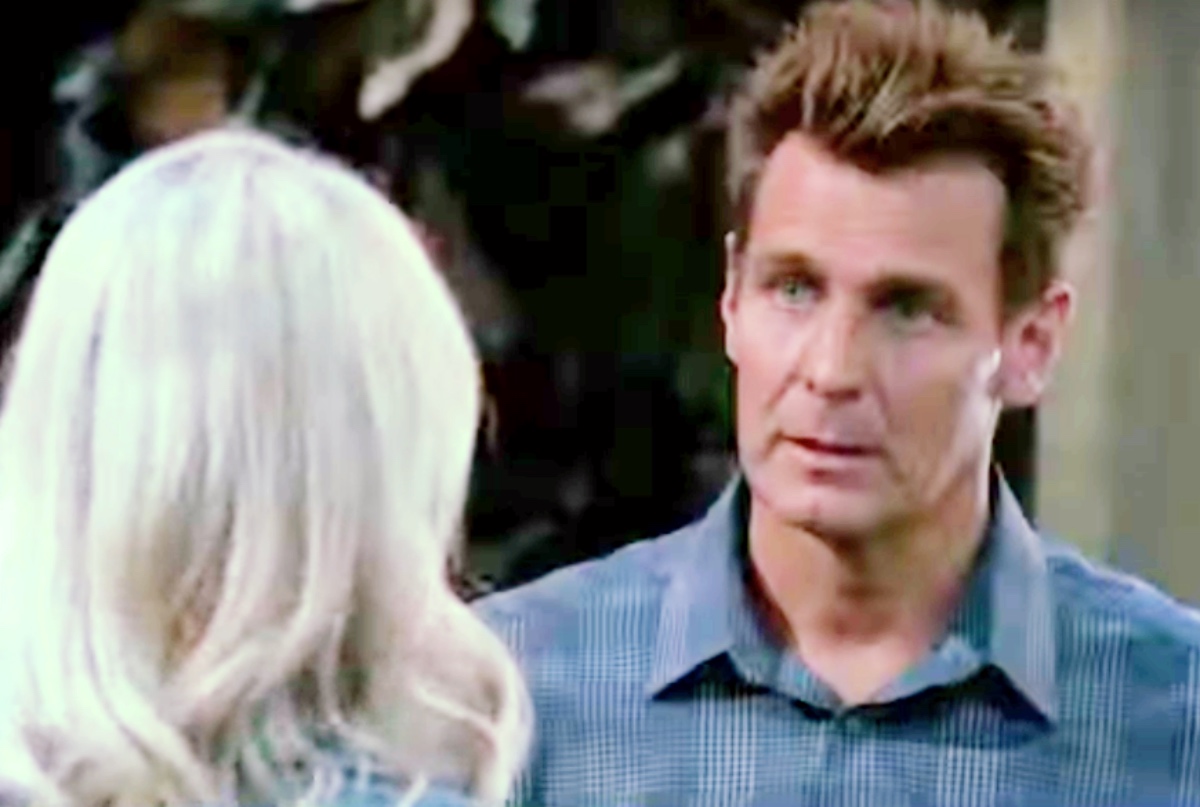 In this week’s General Hospital sneak peek, Nina is at Jax’s bedside in the small hospital that serves Nixon Falls. She talks to him as she waits for him to wake up, and tells him she is so sorry about all of what happened. Nina tells him also that when he showed up, it made her realize how much she wanted to keep all the craziness secret – likely meaning the craziness about finding an amnesiac Sonny Corinthos working for Phyllis and her husband Lenny Caulfield (Rif Hutton) at the Tan-O! General Hospital viewers will have noticed that Nina likes this version of Sonny a lot better than the original, seeing that he is happier too.

Nina is happier in Nixon Falls as well. She keeps talking to Jax, still unconscious, and asks if he saw Sonny…she’s sure he did. Nina then continues, worrying about what Jax will do – saying she knows that he would be on the phone with Carly so fast it would make Nina’s head spin! Nina tells Jax she’ll face whatever consequences that may arise, because it doesn’t matter. All that matters is that she needs him to wake up and to be okay. She grabs his hand as she pleads with him to wake up, and he starts to stir. Jax is still quite groggy, but says Sonny’s name! Nina, even though she figured Jax saw him, is taken aback!