General Hospital (GH) Spoilers: Ned And Austin Try to Outsmart Each Other

General Hospital (GH) spoilers and updates tease that Austin Holt (Roger Howarth) is the newest member of the Quartermaine family to stake a claim to the clan’s riches. But if Ned Quartermaine (Wally Kurth) has his way, Austin will remain on the outside looking in.

In the coming days, these two alpha males will circle each other like wild boars and try to outsmart the other one. Who comes out on top? Right now Austin appears to have the edge, but don’t put anything past the Q’s!

Roger Howarth is back on the canvas after playing bad guy turned good guy Franco Baldwin. Right now it’s a toss-up as to what side of the fence Austin falls on—is he wearing a white hat or a black hat? As a doctor, he seems legit, after all, he delivered Maxie Jones’ (Kirsten Storms) baby in the woods.

But he also has a shadow side to him and that’s what’s keeping fans intrigued. Thus far Howarth has not given away too much of his new character, and trying to figure out who Austin is deep down inside is half the fun of having Howarth back on the show. 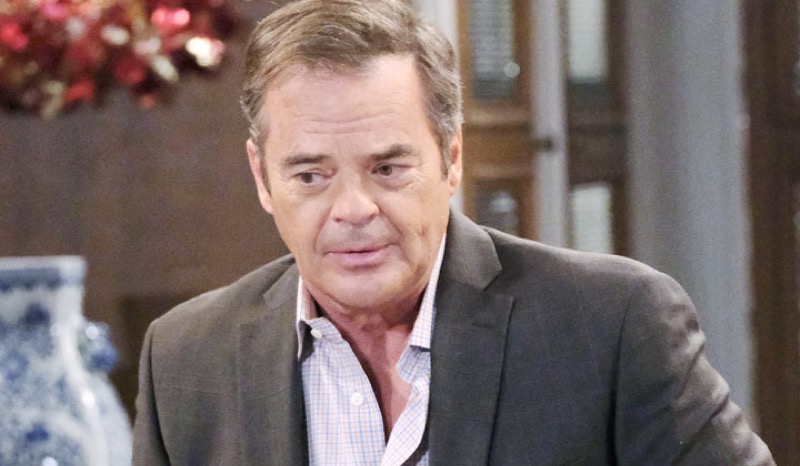 Ned is as determined to keep Austin at arm’s length as Austin is to sit at the Q table. Kurth recently talked to Soap Opera Digest about this charged dynamic. Does Ned believe Austin’s small town, aw-shucks attitude? “There is no reason for Ned to suspect anything else,” previews Kurth. “He says he wants to be part of the family … and Ned takes him at his word.”

But Ned wants to give Austin money to go away, something that could come back to haunt him. According to Kurth, Austin, “suspects that Ned is being duplicitous. He intuitively senses that here’s another reason Ned is there and being so nice,” by offering him money. 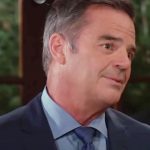 A complication arises when Austin and Harrison Chase (Josh Swickard) join forces. In their eyes, both have been wronged by their loved ones, and Chase is willing to help Austin right his wrong. Chase comes across evidence that could work in Austin’s favor, but at what cost to him?

Nonetheless, Austin seems intent on using any means possible to wiggle into the Q clan—let the games begin!