General Hospital (GH) spoilers and rumors tease that Austin Gatlin-Holt (Roger Howarth) may suspect autism in Leo Falconeri (Easton Rocket Sweda) and his diagnosis may be revealed in upcoming episodes of General Hospital!

General Hospital viewers will recall that as Leo, his mother, and older half-brother were in the Metro Court rooftop pool area Leo seemed to be lost in a daydream part of the time. He didn’t respond when Dante Falconeri (Dominic Zamprogna) and Olivia Quartermaine (Lisa LoCicero) talked to him but just looked off in space. When he was given a can of soda, he played with the can for a period of time while Dante and Olivia talked, and cut his finger on the tab as he twisted it off. He didn’t cry out in pain, and Olivia noticed blood on his finger and he told her how he cut himself. Olivia panicked and told an amazed Dante she was taking him to the hospital for stitches! General Hospital viewers know most children would have cried out in pain as deep as the cut on his finger had been!

General Hospital viewers will recall that as Olivia and Leo arrived at General Hospital, Ned Quartermaine, (Wally Kurth) Leo’s stepfather was there talking to Austin. He had been trying to buy him out of his father’s legacy and Austin had turned him down flat. When Austin saw Leo’s finger he took him and treated him, giving him a tetanus shot in the process. Austin noted that Leo didn’t even flinch when the shot was given and looked at him intently. 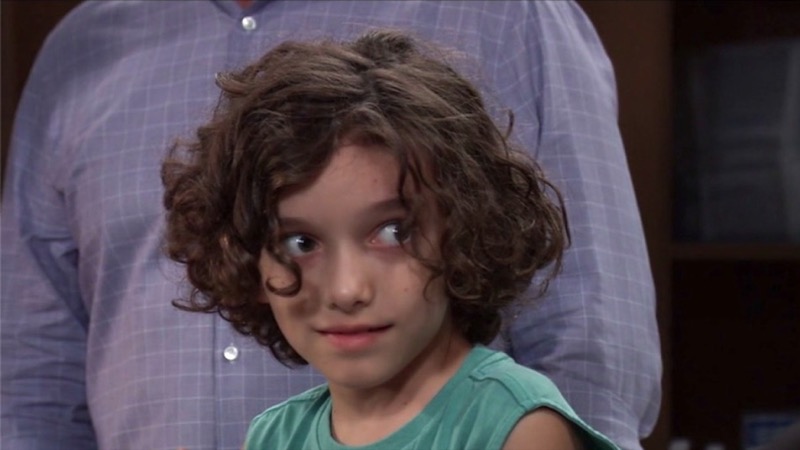 He gave him a fidget spinner to play with and told him how to spin it, and continued to look at him intently. Austin told Olivia to bring him back to see him, and when she told him she had planned to take him to his regular pediatrician, Austin told her to bring him to him. It was obvious to General Hospital viewers that Austin saw something in Leo he wanted to investigate further!

General Hospital viewers will recall that Ned had noticed that Austin was a special type of pediatrician, and it looks like he may specialize in the autism spectrum. More than likely, if Leo is in the autism spectrum he is in the high-functioning Asperger’s Disease range. That means he is very intelligent, but he may daydream a lot and become lost in his daydreams to the point of inattention or lack of notice to other stimuli – such as cutting his finger and feeling pain. What distinguishes Asperger’s Disorder from classic autism are its less severe symptoms and the absence of language delays. Children with Asperger’s Disorder may be only mildly affected, and they frequently have good language and cognitive skills. To the untrained observer, a child with Asperger’s Disorder may just seem like a neurotypical child behaving differently. He may be socially awkward, not understand conventional social rules or show a lack of empathy. He may have limited eye contact, seem unengaged in a conversation and not understand the use of gestures or sarcasm. When Austin gave him the fidget spinner, he was noting how much attention Leo was paying to it and his focus. General Hospital viewers can tell that Austin wanted to obtain a further diagnosis and treatment for Leo.