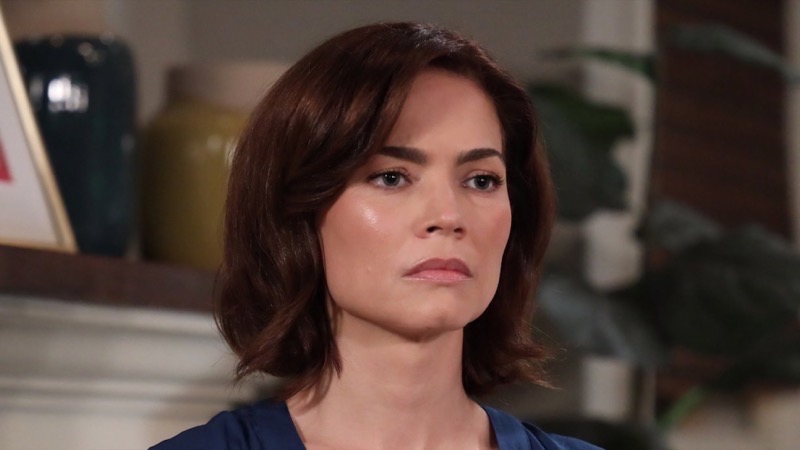 Carly and Drew celebrate New Year’s Eve out of town, oblivious to the danger Carly’s daughter Joss is in back home. As they drink champagne, Drew makes a toast to him and Carly and the New Year. They’re still keeping their romance a secret, even though it’s pretty obvious how in love they are by their body language.

Detective Dante Falconeri (Dominic Zamprogna) talks to another detective at the PCPD, telling him he’s got a string of murders to solve and he needs answers. It won’t be long before they get the call about The Hook’s latest murder, and Dante and Port Charles Police Commissioner Jordan Ashford (Tanisha Harper) head down to the docks. There is at least one victim, and possibly two by the time they get there although he will be able to interrogate one patient at General Hospital. But soon tragic news will spread throughout Port Charles, so at least one victim dies.

At Wyndemere, Elizabeth is getting ready to give Esmé Prince (Avery Kristen Pohl) her latest prenatal care when she discovers her missing! She may also smell the smoke and fire extinguisher and not be able to get into Esmé’s room with her key. As Elizabeth is on the phone, Nikolas Cassadine (Marcus Coloma) appears, and he’ll make a shocking revelation to her. Esmé staged a diversion by setting her Christmas tree on fire and as Nikolas put out the fire, she wound up on the parapet of the North Tower. He tried to stop her, but as he watched, she jumped to her apparent death.

Nikolas’ mother, Laura Collins (Genie Francis) is visibly shaken and worried for her son as she arrives at the Jerome Art Gallery and asks Ava Jerome Cassadine (Maura West) a question. She wants to know from Ava what Victor Cassadine (Charles Shaughnessy) has over her son. Laura had just talked with Nikolas earlier in the day and asked him if he were given a clean slate, would he take it? He’d told her that if she takes Victor down, she’d be taking him down too! 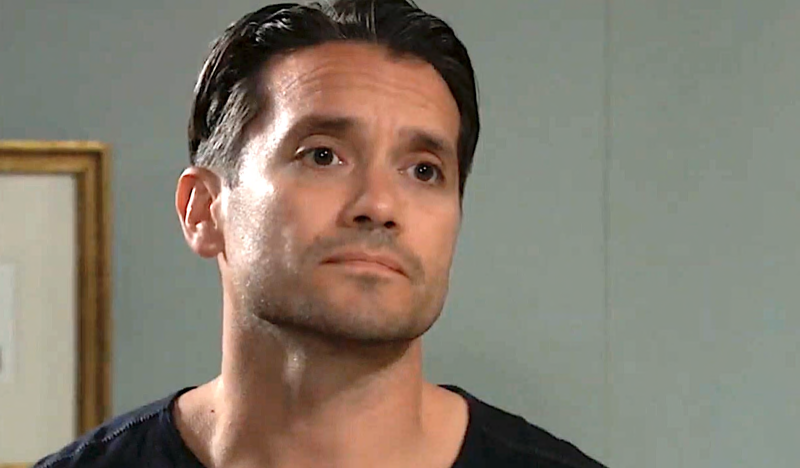 Nina Reeves (Cynthia Watros) appears to be with Sonny Corinthos (Maurice Benard) possibly in his office at Pozzulo’s. She obviously has gotten some bad news as she looks shocked, grabs his arms, exclaims “No!” and runs out. It’s quite possible Nina’s bad news has to do with her cousin, Britt Westbourne (Kelly Thiebaud) as later in the week Liesl Obrecht (Kathleen Gati) takes matters into her own hands. Could this have something to do with the Hook attacks at the docks? 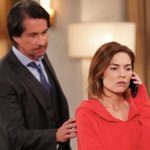 The Hook Takes A Swing

Down at the docks, Josslyn cowers in fear down on her knees as The Hook stands over her and takes a swing! She’s trying to avoid being killed by the deadly hook, but there’s a possibility she’s trying to help a freshly-found victim. Josslyn had just revealed earlier last week that she’s changing her major to pre-med, wanting to be a doctor. She wants to know how to save someone’s life like Dex Heller (Evan Hofer) helped her save Ava’s. But right now, she appears busy trying to save her own!

CDL’s where you want to be for terrific General Hospital spoilers, news and updates, so visit us often.