General Hospital (GH) spoilers and updates tease that Genie Francis (Laura Collins) has been on the ABC soap for decades, back to the last century in fact. Over time fans have seen her cry hundred of times, and she’s good at it—the waterworks seem to come on at will, appearing completely natural, not contrived.

She recently talked to Soap Opera Digest about her crying scenes and how she approaches them.

For years she was one half of the first daytime super couple, Luke and Laura. Their wedding broke the previous rating record and fans worldwide grew up watching this couple navigate through trials and tribulations. It was recently announced that Luke had died off-camera and a memorial was held for him in Port Charles, New York.

Of course, Laura cried, but she noted, “I think one of the biggest secrets to that is the script did not say, ‘She bursts into tears here.” She said such artificial prompts tend to get in the way and sometimes she crosses them out so as not to be distracted.

She said, “When they give you little pinpoints going, ‘Right here!’ that often is not helpful.” So how does she manage to seemingly cry on the drop of a dime, and always when the scene calls for it? Genie said that the secret is not to preplan emotion, to just let it come naturally.

She added, “I don’t decide, ‘then I’m going to break down sobbing. I just know that I’m going to listen … and react to what I heard, and that’s it.” 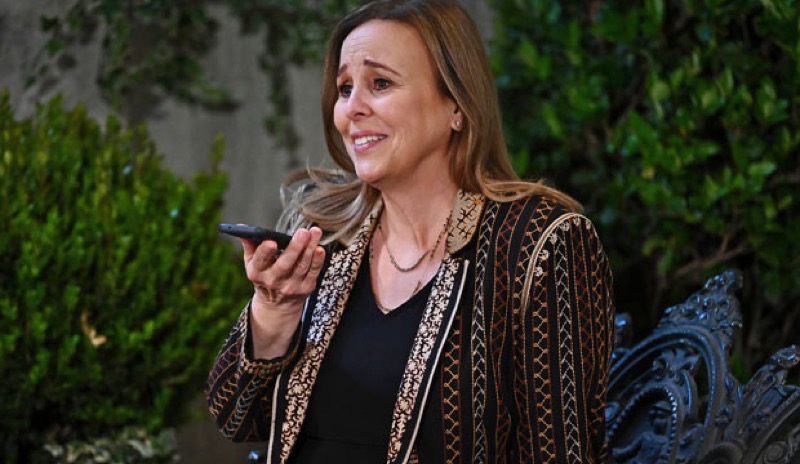 Laura has had plenty to be emotional about in the last few days. Not only did she say goodbye to her ex, but she also said goodbye temporarily to her obnoxious grandson Spencer Cassadine (Nicholas Chavez). He is serving time for his crime in Spring Ridge, a locked facility housing Ryan Chamberlain (Jon Lindstrom). She is also trying to outsmart Victor Cassadine (Charles Shaughnessy) who she automatically knows is up to no good. Like trying to bake Port Charles with a heatwave. 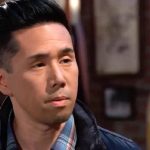 Will Laura be able to foil the villain and get the upper hand? Yes—but she might have to shed a few tears first!