General Hospital (GH) spoilers and updates tease that Elizabeth Baldwin (Rebecca Herbst) will get closer to the truth about her bizarre experiences in an upcoming GH episode!

Elizabeth didn’t want that kind of “help” when Laura Collins, (Genie Francis) Hamilton Finn (Michael Easton), and especially Dr. Kevin Collins (Jon Lindstrom) showed up at her door! Elizabeth felt offended and ganged up on like she was in the midst of being the subject of intervention and she hissed that she didn’t want them there! They thought she’d had some kind of a breakdown because no one had ever seen Elizabeth act like that before!

Kevin thought she seemed like a whole different person – someone that even Elizabeth didn’t know lived inside her, although Laura opined she may be under emotional overload. One person can’t keep dealing with too much to handle and keep pushing things down without the volcano eventually exploding!

It is Laura who finally gets Elizabeth calmed down, telling her she thinks she’s been taking care of everyone and everything but herself for too long! First, it was the stress of finding out Franco Baldwin (Roger Howarth) had an inoperable brain tumor and trying to find a miracle, only for him to be murdered! The family was already having financial challenges, with both his and Elizabeth’s hours having been trimmed at GH, and after Franco died, it got even worse. Cameron had stepped up as the oldest, postponing college so he could get a job to help support his family. As for Elizabeth, as soon as hours became available at work, she took as many as she could handle – but it looks like they’ve handled her!

Elizabeth has been taking sleeping pills but they are the prescription type, and the strange occurrences have already been ruled out as side effects. No one is denying that what she has experienced isn’t real, and it wasn’t a figment of her imagination that conked Harrison Chase (Josh Swickard) over the head that night! As a nurse working in a busy hospital on all shifts, she frequently lives on caffeine and way too little sleep as well – hence, the sleeping pill prescription.

Busyness and keeping things going for everyone else has taken its toll on Elizabeth, both emotionally and mentally, as Kevin begins to speak about what he thinks is going on. Finn, Laura, and Kevin all think that Elizabeth has pushed down her grief and pain for her late husband and things she has been doing unconsciously have been a result. 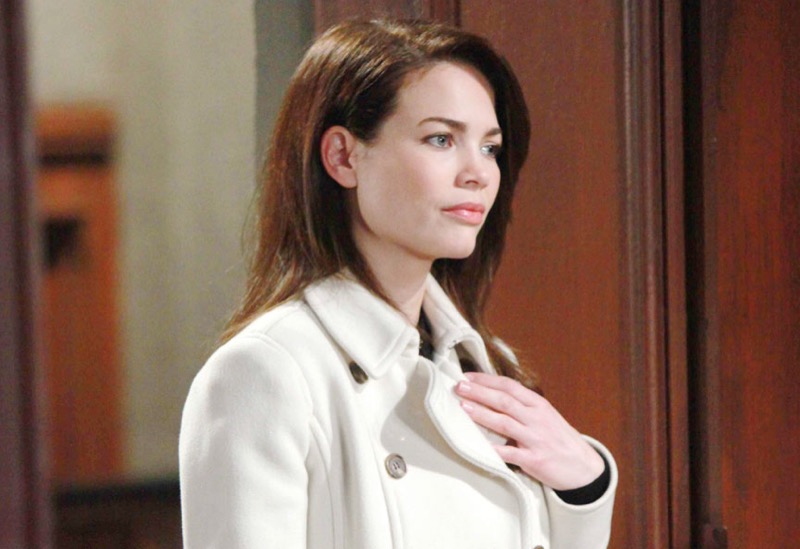 Elizabeth Baldwin Could Be Sleepwalking

Kevin tells Elizabeth one explanation could be that she’s sleepwalking – acting out frustrations in her sleep and not remembering when she wakes up. People have been known to drive to the store in the middle of the night and then the next day doesn’t remember having bought groceries! 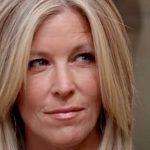 Kevin doesn’t want to go with the big and scary dissociative identity disorder just yet because it could scare Elizabeth worse. Kevin goes with proposing a family meeting to talk about things, especially her feelings about losing Franco and how she’s tried to cope. Elizabeth admits she has no other answers but some of what Kevin says is making sense-especially about the sleepwalking, although the broken vase in the hotel doesn’t fit!