General Hospital viewers will recall that when the plans began for Britt Westbourne (Kelly Thiebaud) to search for her mother, she swallowed her pride and asked Jason Morgan (Steve Burton) to help. At first, Scott Baldwin (Kin Shriner) was going to go search also, but since Britt and Jason arrive by themselves that may not be the case. After all, Scott’s client Austin Gatlin-Holt’s (Roger Howarth) hearing is coming up in which he will be contesting Edward Quartermaine’s (John Ingle) will. General Hospital viewers will remember that Scott and Liesl’s private plane was hijacked and diverted elsewhere than St. Lucia, where she was going to a medical conference but also luring Peter August (Wes Ramsey) there to kill him!

General Hospital viewers will recall that it turned out that the conference was a fake, set up by Victor Cassadine (Charles Shaughnessy) with the express purpose of luring Liesl to where he could have her kidnapped and brought to him! Both Liesl and Scott had been drugged. Liesl woke up to find her clothes had been changed and she was clad in silk pajamas in a nicely appointed bedroom, where soon she was staring in the face of her former lover Victor, who she thought she had killed and his body had burned up in the explosion of the Crichton-Clark Clinic! As for Scott, General Hospital viewers will recall he was just dumped out of the plane in a parachute and landed near Dr. Hamilton Finn (Michael Easton) and Nurse Elizabeth Baldwin’s (Rebecca Herbst) campsite. Elizabeth’s boys and Finn’s little girl and his brother Detective Harrison Chase (Josh Swickard) were also there when Scott landed. He was lucky there were a doctor and a nurse there and having an off-duty police detective there didn’t hurt either! 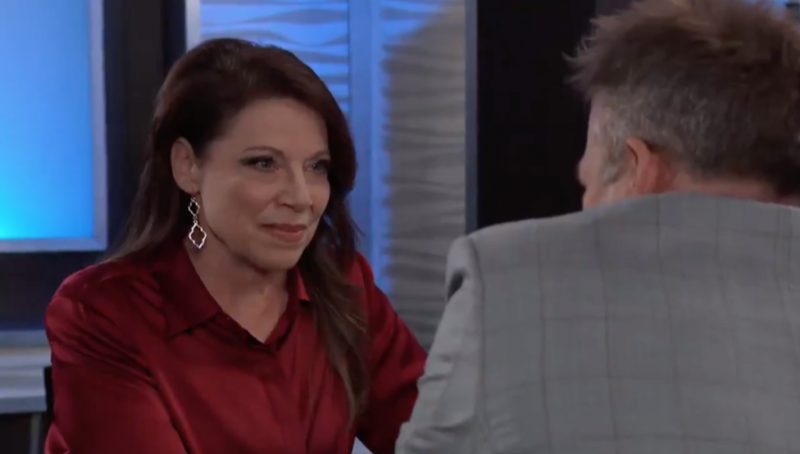 All Flights Lead To Panapolis, Greece

General Hospital viewers know that all flights seem to lead to Panapolis, Greece where the search missions of Sam McCall (Kelly Monaco) and Dante Falconeri (Dominic Zamprogna), Robert Scorpio, (Tristan Rogers) Anna Devane, (Finola Hughes) Valentin Cassadine, (James Patrick Stuart) and Jason and Britt converge near Victor Cassadine’s compound! General Hospital viewers will recall that Liesl and Drew Cain (Cameron Mathison) are imprisoned in the Cassadine compound and Valentin was taken hostage by Victor as well. Peter August (Wes Ramsey) is also on the loose there, to complicate things even further! But General Hospital spoilers and rumors tease that all rescues and takedowns will be made by Christmas, and Liesl and Scott will be reunited! Scotty has missed Liesl, and Liesl has certainly missed Scotty, although he has been distracting himself by keeping up with Jason and Britt as they searched, and she had been trying to outwit her captor! Once they are back in Port Charles, Christmas bells will be wedding bells for Scotty and Liesl!