General Hospital spoilers and updates tease that Cameron Mathison is reportedly taking a break from the daytime drama. Is this only temporary or is the actor leaving the soap for good?

Fans know that Mathison took over the role of Drew Cain in 2021 when General Hospital decided to bring back the character after having been presumed dead when he got involved in a plane crash. The actor took over the role from Billy Miller, who portrayed the role before Mathison.

Mathison loves working in General Hospital. However, it seems like he may be taking some time off the soap after taking on a role in a holiday film called The Christmas Farm. The production of the film is taking place in Ontario, Canada.

Mathison is working with Jill Wagner on the upcoming film for GAC Family. The actor took to Instagram to tell his followers that The Christmas Farm is a “sweet movie” and he believes that they’re “going to love it.” Mathison takes on the role of Dylan while Wagner stars as Janie. 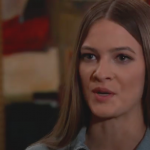 The Christmas Farm follows the story of Janie, who is an up and coming marketing executive in a company in New York. She’s called back to her hometown when her great-uncle, Randall, passes away. Upon his death, Janie inherits her childhood home.

Her uncle also has a final request, which is for Janie to host the town’s annual Winter Wonderland festival at her family homestead. She gets help from Randall’s farmhand, Dylan. Janie has a boyfriend who’s waiting for her in New York. But she develops feelings for Dylan. Will she give up her life and career in The Big Apple for life and love in her hometown?

The movie is scheduled to air on the cable network, GAC Family’s Special Christmas celebration, which will kick off in late October. 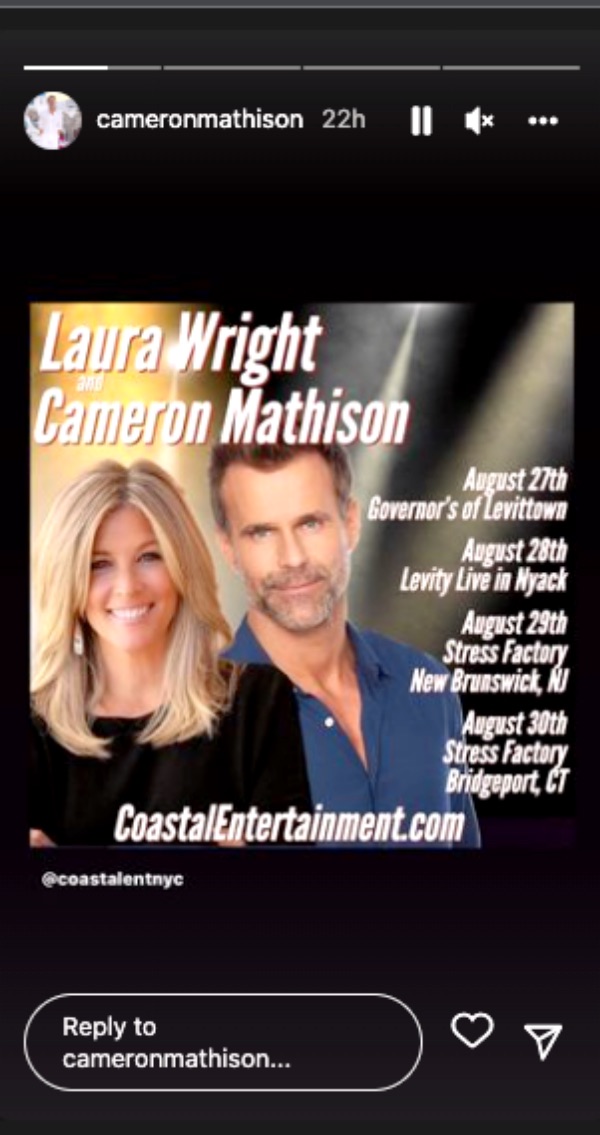 Drew Cain (Cameron Mathison) will predict that the party at the Metro Court pool will be an interesting one. Brook Lynn Quartermaine (Amanda Setton) thinks the same way too and she’ll decide to interact with Harrison Chase (Josh Swickard).

Nina Reeves (Cynthia Watros) will deliver a fierce warning to Willow Tait (Katelyn MacMullen). She demands the latter to let her go after she grabs her. Willow fights back and says Nina should stop pretending that she’s a caring grandmother.

Nina will defend herself and says she wants only the best for Wiley Quartermaine-Corinthos (Viron Weaver) but Willow won’t budge and will continue to remain furious.