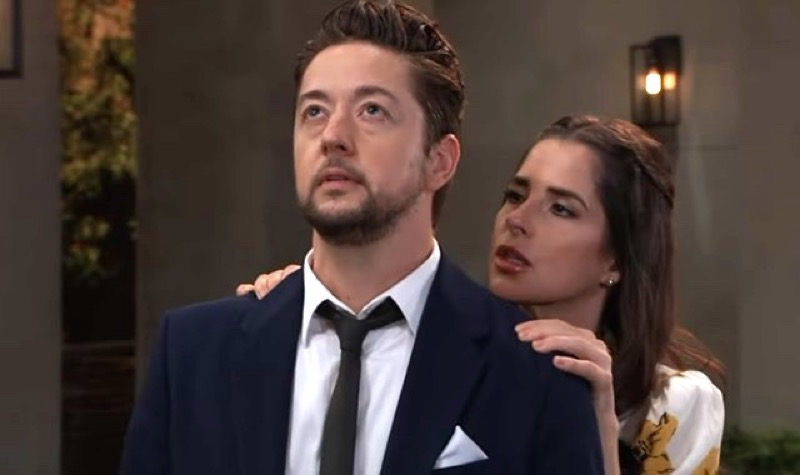 General Hospital spoilers and rumors tease that Sam McCall (Kelly Monaco) will draft Damian Spinelli (Bradford Anderson) after accepting a private investigator job from Britt Westbourne (Kelly Thiebaud). Will her former partner be able to help track down the source of the necklace left to her by her brother Peter August (Wes Ramsey)?

Spinelli is well known as a cybersleuth supreme and has been for many years; however, he might have an edge now with his database of Society Setups applications. The algorithm tells everything from social security numbers to financial ratings and police records internationally, it is so thorough and that is why Spinelli worries he’ll get in trouble. It is able to access personal things that usually require warrants to search through and it’s using it to set people up with compatible dating partners.

Spinelli isn’t guaranteeing that he can find leads to who the necklace might belong to but then again he might. And he still has the ability to look in the dark web for hot jewelry that jewel thieves might be looking for and Sam thinks it’s worth a shot.

Spinelli starts with a dark web search, and since Peter could have had this necklace for years, he and Sam agree on a plan; for one thing, the search will need to be international. Peter was all over the world, and he could have very easily gotten it from his father Cesar Faison (Anders Hove)-Britt can give a timeframe to start in. 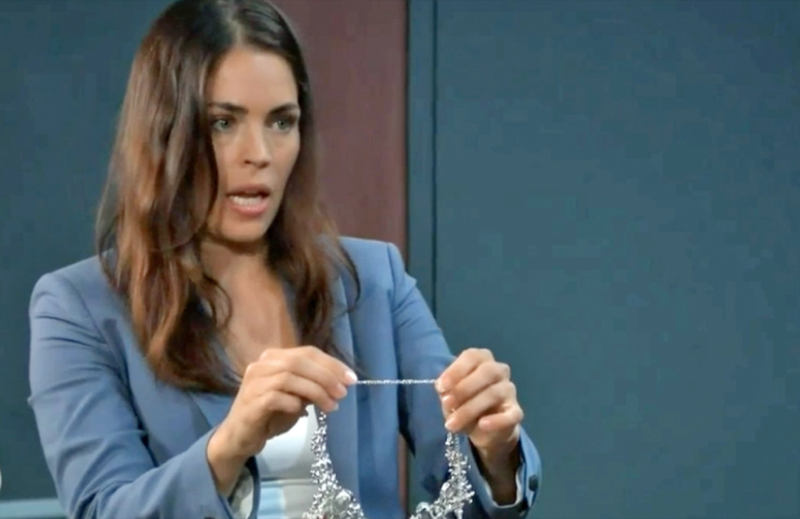 Neither Britt nor her mother Liesl Obrecht (Kathleen Gati) ever saw it in the years that Liesl was obsessed with Faison; the others in the cartel could be a source also. For that matter, so could the Cassadines-Faison did a lot of work with Helena Cassadine, (Constance Towers) as did Peter in later years. Spinelli does an image match search going back as far as he’s technologically able to. 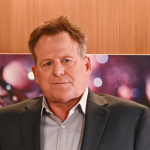 Sam and Spinelli, after much searching, come to the conclusion that the necklace was fashioned from larger diamonds and rubies to conceal their origin. Nothing Spinelli could find for as far as he’s looked in the dark web brought any results; he didn’t want to search through Society Setups’ database but does anyway. This may take longer and the dark web was the most obvious place to look, but the search was fruitless.

Spinelli tells Samantha it may take a while to do a search through there and perhaps some other databases for an image match of the photograph. They agree this one will be a very difficult case to solve.