Dante Came Home To A “Lulu” Of A Situation

Dante certainly came home to a “Lulu” of a situation! She had moved on with Dustin Phillips (Mark Lawson) and he had just moved in with her, and Dante had no clue! His father, Sonny Corinthos (Maurice Benard) didn’t tell him, perhaps he just figured Dante already knew. His mother, Olivia Falconeri Quartermaine (Lisa LoCicero) certainly would have warned him about Lulu moving on with “Desmond” but he went to Lulu’s before turning up at the Quartermaine mansion, where he is now living. His mission is to take down Peter August (Wes Ramsey) who Lulu is working for – and also Anna Devane (Finola Hughes) although it is highly unlikely he would do anything to Anna.

But Peter, that’s another story entirely! Peter, aka Henrik Faison killed his partner, Detective Nathan West (Ryan Paevey) leaving Maxie Jones (Kirsten Storms) a widow – a pregnant widow! He’s not too keen on seeing Maxie has hooked up with Peter, either, but he knows better than to try to get between the two. Right now, Lulu is working on an exposé of the very dangerous Cyrus Renault (Jeff Kober) who Dante has undoubtedly learned about from Sonny. Even though Jackie Templeton (Kim Delaney) has joined in the exposé-with her own ulterior motives concerning Peter, as she told Robert Scorpio (Tristan Rogers) recently-Lulu is still in plenty of danger. Dante will definitely be keeping an eye on her! 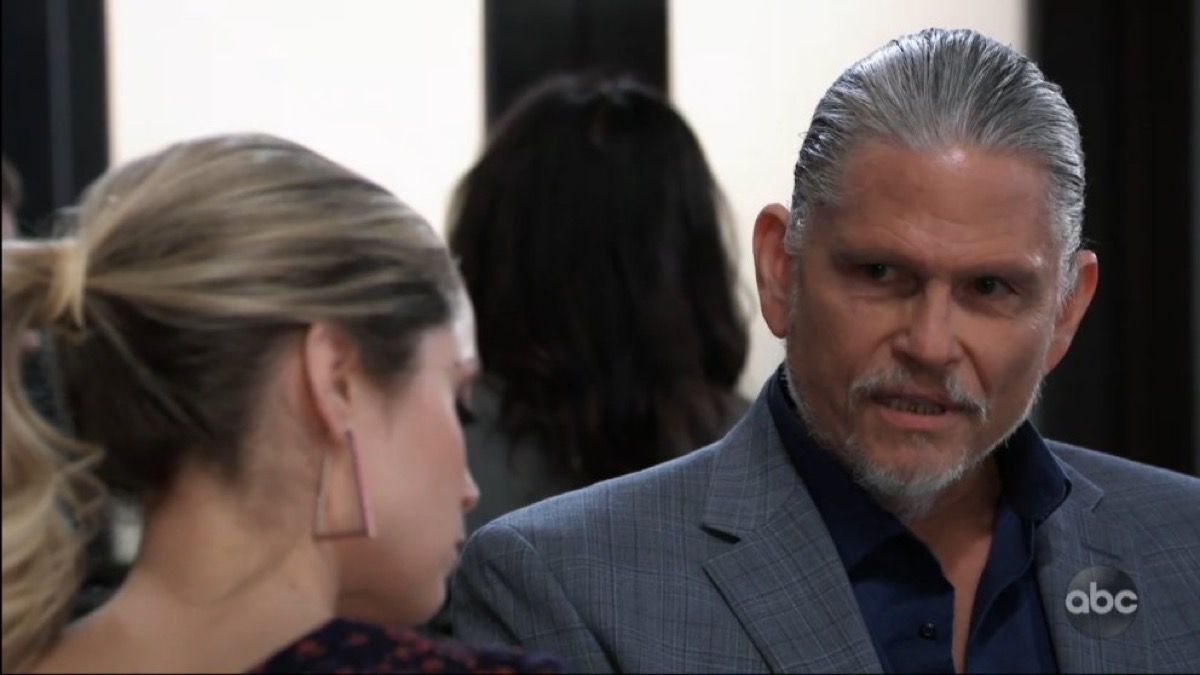 Cyrus Appears To Be The Most Danger To Lulu Right Now

Cyrus and Lulu’s exposé of him she is working on appears to be putting Lulu in the most potential danger right now. No criminal wants to be exposed for what he is, and Dante knows what happened when she wrote that series on Ryan Chamberlain (Jon Lindstrom); she nearly got killed by him! The only thing that saved Lulu that time was him passing out; General Hospital viewers will recall that all three sets of twins who were in the memory mapping studies got literally blinding headaches at exactly the same times as their twins. Ryan was struck by a horrible pain and went blind, and fell to the floor!

But now, Dante is on a mission to be a horrible pain himself and worse to anyone who may be putting Lulu in danger! Dante may take the approach of going to Peter to try and get Lulu’s assignment changed. Besides, that will give him an excuse to size up Peter a little more in a way that won’t arouse his suspicions. Dante already has pretty much the same opinion of Peter as Damian Spinelli (Bradford Anderson) and Robert Scorpio – in other words, once a Faison, always a Faison and the apple doesn’t fall far from the tree! Hopefully, Dante will be able to get Lulu away from at least the danger of writing this exposé on Cyrus, if not completely away from Peter!