ABC General Hospital’s Violet Finn (Jophielle Love) recently posted some onset photos as she returned to the GH set. Could Violet soon be reunited with both her tv parents?

General Hospital’s Hamilton Finn (Michael Easton) and Anna Devane’s (Finola Hughes) wedding is quickly approaching and Violet would certainly be missed at her father’s wedding. It is most likely that Violet is onscreen for this storyline. Unfortunately, this could very well put Violet and Finn in danger which could bring Hayden Barnes (Rebecca Budig) home to save her daughter. Finn has yet to discover that there is something very wrong with his not so blushing bride.

Anna Has Been Replaced

General Hospital’s Anna has been replaced yet again by her sister Alex Marick (Finola Hughes). If Finn would use his head, he would know the difference because Anna told him what outfit she was considering wearing. Unfortunately for Finn, he will probably just assume that Anna changed her mind putting both himself and his daughter in danger. Can Finn figure out what is going on and get his daughter to safety? 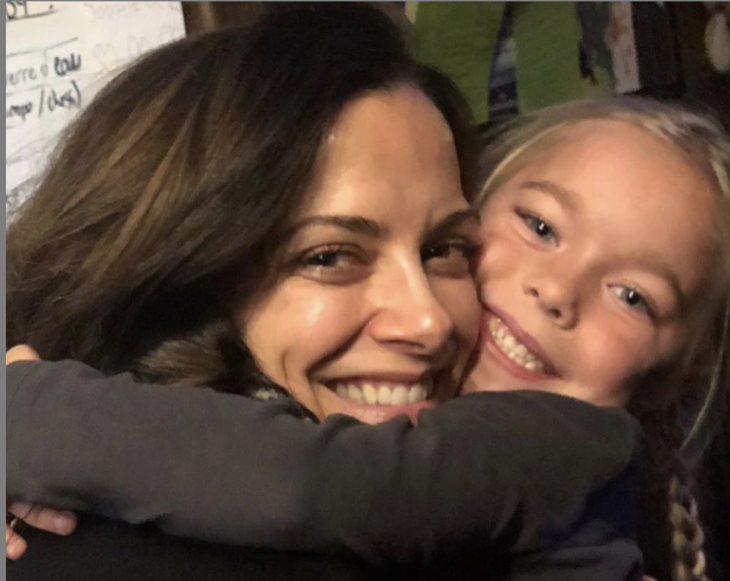 Who Will Notice The Switch?

As the countdown to the wedding continues, Harrison Chase (Josh Swickard) is planning a family dinner with Finn as well as Anna and most likely Violet as well. Alex has had a lot of practice when it comes to impersonating Anna, however, perhaps Violet could pick up on the differences that no one else does. Anna and Violet are very close and the child is intuitive, will she notice the change? Could Alex hurt Violet to keep her from exposing her? Perhaps Alex will even put Violet wherever she’s hiding Anna.

Where Is Violet’s Mother?

General Hospital’s Hayden has been missing for some time. Hayden left town under the threat of Nikolas Cassadine (Marcus Coloma). However, Hayden could have heard through some channels that her child is in danger and rush home to help. Hayden loves her daughter, she still loves Finn as well. If Hayden got word the Finn was in trouble, she would rush back to Port Charles. Jophielle also posted a photo with Rebecca Budig posing the question of Hayden’s return.

It is nice to see that the children are slowly being added back to the GH set. Violet reuniting with her mother would be an added plus since Rebecca is a fan favorite. Will Finn and Hayden reunite after this? Can anyone save Anna from Alex because Finn and Violet become her victims as well?