Spencer wants to be with Trina, but he’s stuck with Esme Prince (Avery Kristen Pohl) until he can prove she framed Trina; if he breaks off totally with Esme he can’t. Spencer is frustrated because this whole process is taking so long, and in the meanwhile Trina’s making time with that cop even though she might go to prison. Spencer wants to prevent that eventuality but he can’t control Trina any more than he can control Esme and all he can do is bide his time!

Spencer is hoping that Sam McCall’s (Kelly Monaco) efforts will turn up something that can be used against Esme in court and free Trina. But will she find something in time for Spencer to tell Trina the truth about his feelings before he loses her to Rory?

All Spencer can do is glower at the couple – and hope that no one notices that he’s seething inside with envy! Unfortunately, Spencer cannot just leave the scene – he is on his Jerome Art Gallery duty so he makes a pretense of cleanup duty and keeps staring! He can see that Rory is not checking out the art, he’s checking out Trina, and worse yet, Trina’s checking him out too!

Spencer has to up his game with finding the truth out about Esme and exposing her so he can kick her to the curb and compete for Trina! He reconsiders the secrets he has sworn Cameron Webber (William Lipton) to keep and wonders if he should bring Josslyn Jacks (Eden McCoy) and Trina in the loop after all!

Spencer certainly doesn’t like it when he catches Esme doing this around him, but he lurks and listens to Trina and Rory’s conversation, so he can judge if he’s right! There is a possibility that they are just talking about her case – which could be a good thing if he’s found some evidence that could clear her. But unfortunately they’re talking about what people interested in each other talk about – Spencer’s not happy at all but there’s nothing he can do! 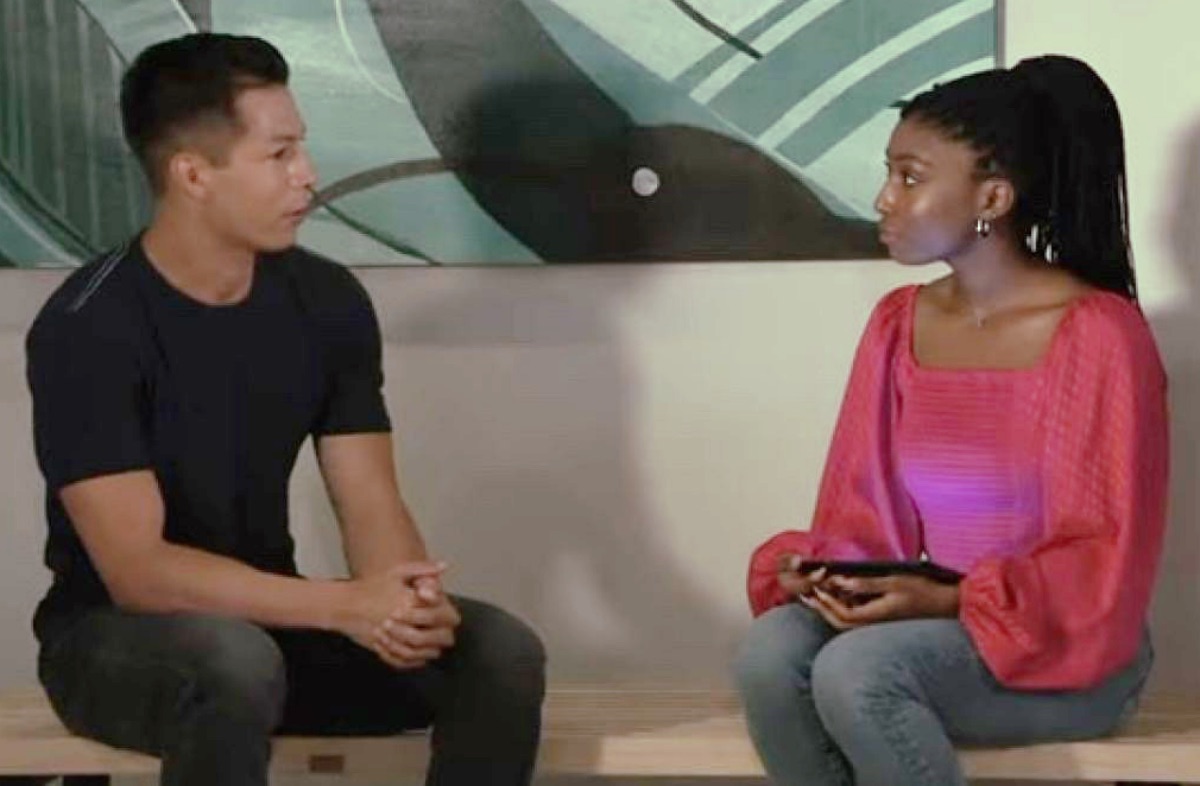 Spencer stews in his own juices and sucks it up and goes about his workday. The longer it takes to bust Esme and free Trina, the more chance Rory has to steal her away!

GH Spoilers – What’s That Guy Got That He Hasn’t Got?

Jealous Spencer asks himself about Rory, what’s that guy got that he hasn’t got – besides a police badge – he’s got Trina, the girl Spencer’s wanted since he came back! Spencer wouldn’t wish Esme on any other guy or he might try some matchmaking to get her away from him, but he doesn’t know any other rich guys anyway.

At least he doesn’t know any close to his and Esme’s age! Esme has expensive tastes and spent all of what she had and most of his! Spencer can only hope that he can catch her in something – anything – to get the heat off Trina, and quick!