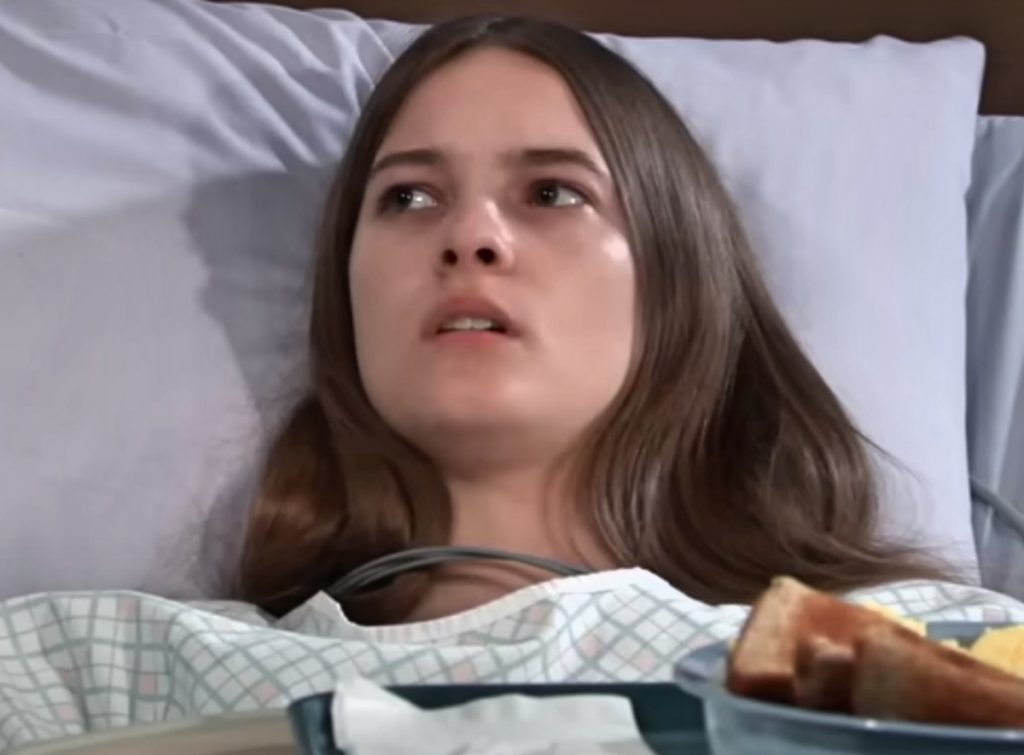 Esmé is around seven or eight months along, so her preterm labor pain may just be a Braxton-Hicks contraction, otherwise known as “false labor”. It’s basically a muscle spasm that happens in the later months of pregnancy as the mother’s stomach stretches and her body prepares to give birth. Esmé took a huge risk for both herself and her unborn child when she took that swan dive off the parapet of the north tower turret of Wyndemere Castle.

But she remains confused and overwhelmed by all the accusations being thrown at her, when she doesn’t even know who she is. It would seem that if Esmé was faking her amnesia, she’d have busted Nikolas Cassadine (Marcus Coloma) for her kidnapping by now, although she could be faking to avoid being busted. 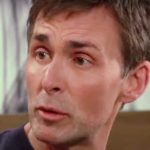 The timeline is impossible for Spencer Cassadine (Nicholas Alexander Chavez) to be her baby’s father, although he led her to believe he might be. Spencer doesn’t want the baby to be raised by either of his or her parents, already acting the part of the protective much older brother. He talks to Attorney Diane Miller (Carolyn Hennesy) about wanting custody, his wishes being that the baby will never see either of his or her birth parents. Considering Spencer’s hatred of Esmé and his father, that’s really not all that surprising, he wouldn’t wish his father or his ex-girlfriend on any child. Laura Collins (Genie Francis) will soon get involved as well, calling Spencer out on his paternity lie, but she’ll also try to nail down whether Esmé’s amnesia is legit. 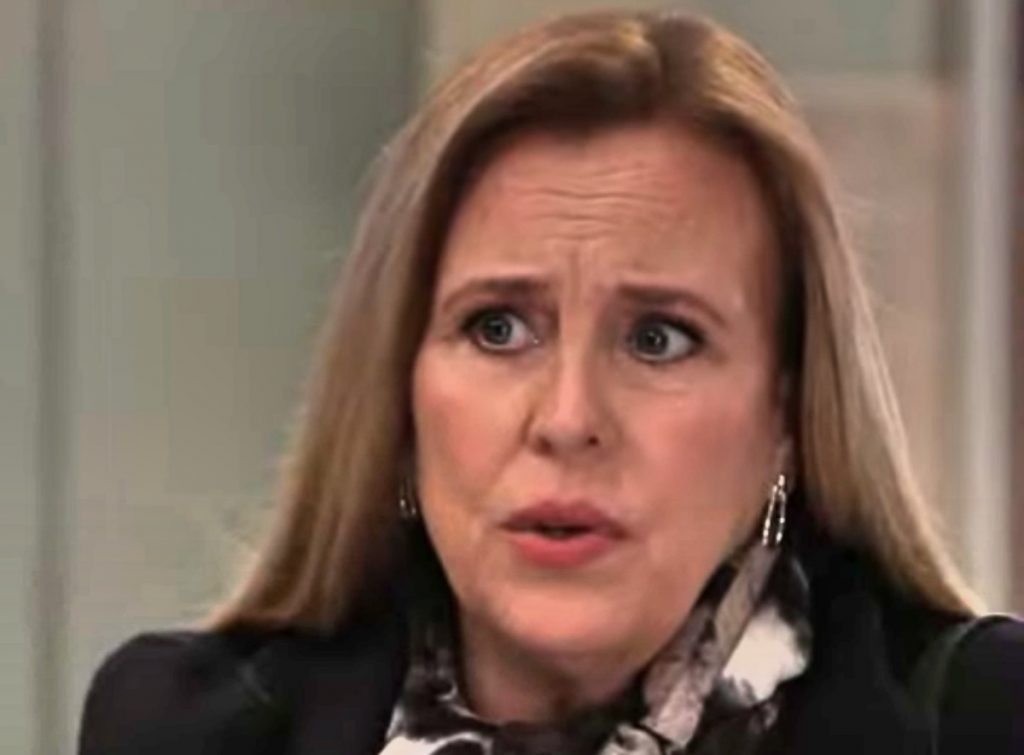 Esmé, still convincingly amnesiac, will fear for her baby’s life when she thinks she’s going into labor too early, although it may just be Braxton-Hicks contractions. On the other hand, the stress Esmé has been through in the past few months as well as now, could possibly send her into actual labor. Her fear is real, even if her labor is not, and that should send doctors and nurses scurrying to her side.

Even if it is preterm labor, there are medicines that can stop her contractions for now without causing any harm to the baby. If not, Elizabeth Baldwin (Rebecca Herbst) will be sure to be a comforting presence to explain Esmé cramps to her.

General Hospital (GH) Spoilers: Nina Is A Match For Willow — But Willow Might Not Consent To The Transplant