General Hospital spoilers and updates reveal there aren’t a lot of daytime television actors that have the same star power and longevity that some of the vets have like General Hospital star Kirsten Storms (Maxie Jones). In fact, she’s been on the show for several long years for a good reason and that’s because fans absolutely love tuning in to her each and every day.

While her character Maxie Jones certainly has had her fair share of good days and bad, GH fans still root for her as they want to see her living her best life. Of course, the same can be said about her portrayer, Kirsten Storms. That’s why we’ve got five reasons why we are crushing on Kirsten. Check it out below and let us know what you think.

#1 She’s A Fashionista (But An Affordable One)

For anyone who has been paying attention to Kirsten Storms’ Instagram account lately, they know that the soap actress is quite the fashionista, but she’s also someone who likes to mix high fashion with thrift and Target finds. She wears her clearance rack sweater with a Gucci belt like a pro. 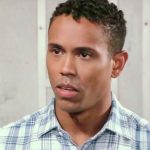 #2 Her Relationship With Her Ex Brandon Barash

While there’s no doubt that maintaining a healthy relationship in the celebrity spotlight is never easy, Kirsten and her ex-husband Brandon Barash has done something that many would call impossible: the ex-couple have a very good (and even admirable) post-divorce relationship to benefit their young daughter Harper and of course, themselves.

#3 Her Relationship With Her Bestie Emme Rylan

You just gotta love two women that support one another through thick and thin while also maintaining a very strong friendship while in the same industry, right? Well, that might as well be the life story of Kirsten Storms and her General Hospital co-star, Emme Rylan (Lulu Falconeri). The women who knit together, stay together.

#4 Her Love For Knitting

Speaking of knitting, Kirsten has made it no secret that she absolutely loves knitting and shares her love with her Instagram fans on almost a weekly basis. For Kirsten, it’s her way of finding her peace and calm along with a little escape from the everyday life of filming on the set of General Hospital.

With all of the above said, General Hospital fans would also agree that they can’t help but root for Kirsten’s character Maxie Jones every day on the hit ABC soap. In some ways you just can’t help but want to give her a hug through the small screen and better yet, tell her to stay away as far as possible from Peter August, right? Girl, you are always in danger!