Charlotte was introduced as the daughter of Claudette Beaulieu (Bree Williamson) and Nathan West (Ryan Paevey). Down the road, there was a shocking reveal that showed that Nathan was not the little girl’s father, Valentin Cassadine (James Patrick Stuart) was. And, even more, jaw-dropping, Charlotte was not Claudette’s mom, that honor belongs to Lulu Spencer (Emme Rylan).

So, did such an important storyline get so complicated? It’s a long, soapy story! 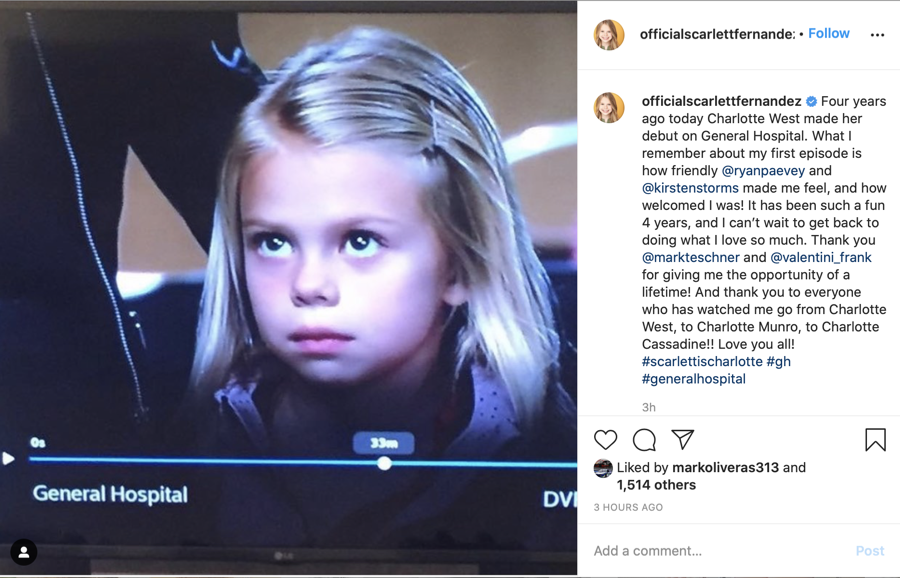 In a nutshell, Charlotte was conceived via IVF and was carried to term by Claudette Beaulieu. Charlotte has a half-brother, Rocco Falconeri, and her infamous grandparents are Luke Spencer (Anthony Geary) and Laura Spencer (Genie Francis).

If Valentin truly is a Cassadine, Charlotte’s other set of grandparents are the late Mikkos Cassadine and one of his many unknown women.

General Hospital spoilers – What is next for Charlotte Cassadine in Port Charles?

Scarlett posted this message to social media: “Four years ago today Charlotte West made her debut on General Hospital. What I remember about my first episode is how friendly @ryanpaevey and @kirstenstorms made me feel, and how welcomed I was! It has been such a fun 4 years, and I can’t wait to get back to doing what I love so much. Thank you @markteschner and @valentini_frank for giving me the opportunity of a lifetime! And thank you to everyone who has watched me go from Charlotte West to Charlotte Munro, to Charlotte Cassadine!! Love you all!” 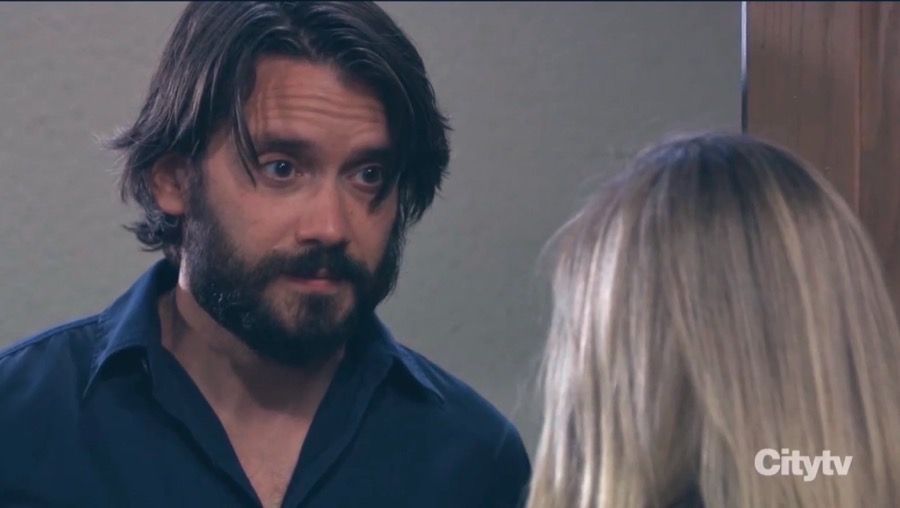 Charlotte also has a stepdad, Dante Falconeri, who is now back in the picture although what sort of role he plays in her life is yet to be determined. Dante just came back after rehabbing for a year and a half and shocked Lulu and Dustin Phillips (Mark Lawson) who greeted the stranger half-naked!

It was funny when Dante pretended not to remember his name and called him Darius, but what’s not funny is the firestorm that his return has brought to his family. How will Lulu reconcile a relationship with Dustin when we all know she is still in love with Dante? And how will Rocco respond to a dad he no longer knows?