ABC General Hospital spoilers reveal that the U.S. Presidential Election Day was Tuesday, November 3, and show alum Anthony Montgomery (Andre Maddox) is eager to show just how important it is to vote. It’s a lesson he is teaching his young son who is not yet old enough to vote but who can still learn about how the election works.

The actor recently shared with fans just how he is educating the next generation of American voters.

Montgomery was on GH on an off and on basis from 2015 and 2020 and his other credits include Star Trek: Enterprise. On his Instagram account fans can see just how seriously the handsome and talented star is about exercising one’s right to vote.

There he has a picture of him and his son at an official ballot dropbox. Both are wearing masks as the actor and his soon insert a ballot into the box. He captioned the pic: “My #prince only has two more presidential elections and he’ll be voting. It’ll be here before we know it. Teaching him early that his voice matters, that his vote matters. Please #vote #democracy #unite #us.” 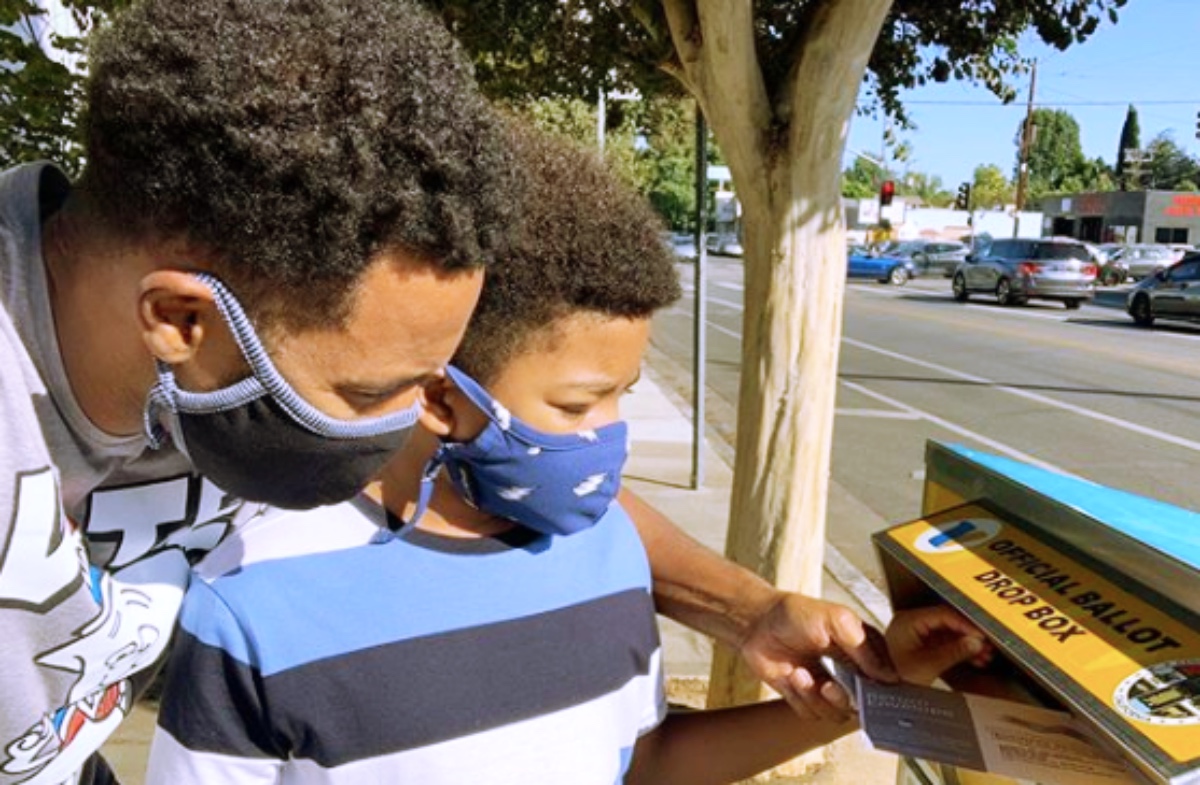 General Hospital Spoilers – Have You Exercised Your Right To Vote Like Anthony Montgomery Has?

The actor added, “By the way, my mom told me it took her and my sister four and a half hours to vote in my hometown of Indianapolis. But they did it! Please make sure you vote.🙏🏾.”

ABC’s General Hospital is airing a special election-themed episode on Monday. It involves many cast members who flash back to the past to remember what it was like when women in the US were given the right to vote. Heavily involved in the epi are Eden McCoy’s character, Joss Jacks, and Sydney Mikayla’s Trina Robinson.

General Hospital Spoilers – What Has Anthony Montgomery Been Up To Lately?

Anthony Montgomery had a busy year when he wasn’t in Port Charles. The daytime actor starred in the film Who Wants Me Dead? which also stars daytime vet Robert Adamson (Noah Newman, The Young and the Restless). You can also see him in Unbelievable!!!!! with other costars from Star Trek, as well as Snoop Dogg.

Will we see Andre return now that Kevin Collins (Jon Lindstrom) is looking into the devious mind-mapping experiments? Anna Devane (Finola Hughes) could really use a friend at this time!

General Hospital Spoilers: Franco’s Tumor Is Back, Will He Leave Liz To Protect His Family?