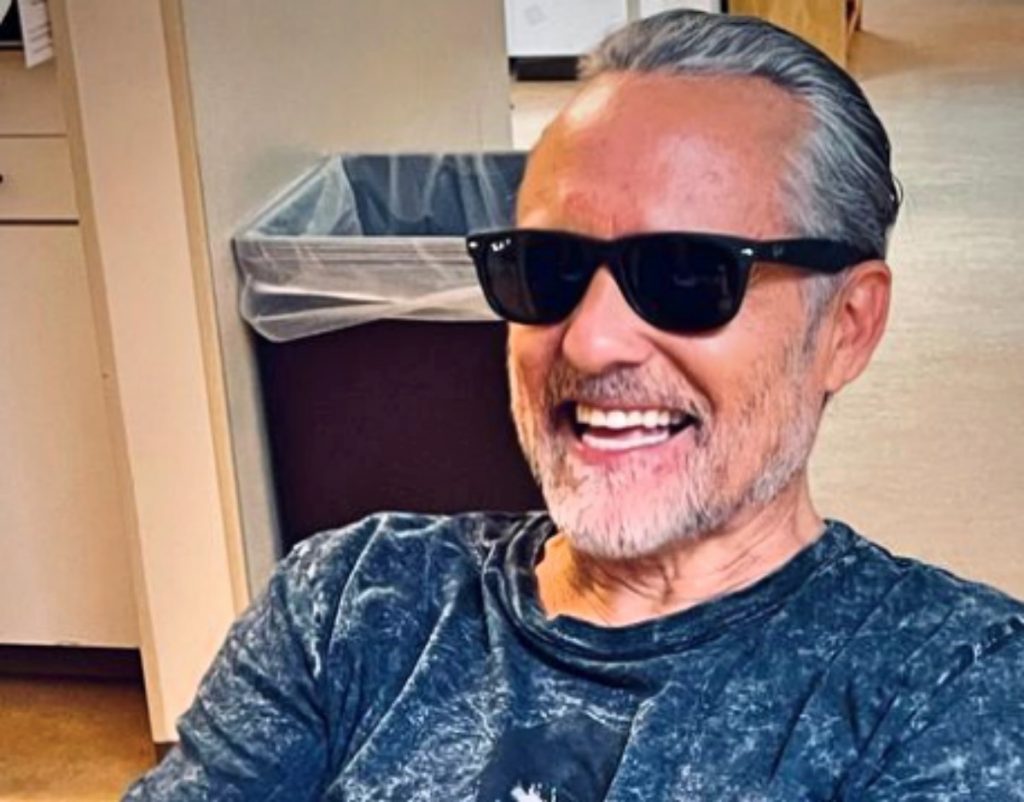 General Hospital (GH) spoilers tease that Maurice Benard and Emma Samms open up about mental health struggles and grief in a video published on Benard’s Twitter account. The soap stars found helping others a great way to soothe their broken heart and get on a better path in their lives.

GH viewers love Emma Samms as Holly Sutton. But not many of them know the tragic story that inspired her and her cousin, Peter Samuelson, to create Starlight Children’s Foundation to bring a smile to the faces of seriously ill children and their families. They made this foundation the same year she landed her role on General Hospital.

Maurice Benard’s podcast, State of Mind, aired a new episode this week with Samms as the special guest to talk about grief and healing a broken heart. Benard felt his listeners would find her story inspiring and motivate others to help those less fortunate. 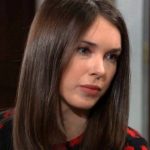 Samms was just a little girl when her younger brother, Jamie, passed away. She said it profoundly affected her family, especially her mother. She added she didn’t quite understand the grief her mother suffered until she became a mother.

“And since I have become a mother myself, I can understand what she was going through. But it also prompted me to make myself useful as soon as I started my career and have a platform that could be useful, like yours. And that is why I started the Starlight Children’s Foundation because I knew what those families were going through,” Samms explained.

When she was 17, she learned how vital charity work is for those in hospitals. The children are bedbound and cannot attend a school or do everyday activities. They depend on movies and television to occupy their time battling horrific cancers and diseases. Samms said she regularly visits these hospitals, even at 17, to cheer up the patients and parents. Many of them would recognize her from TV. Their faces lit up as she sat down to talk to them about their life and hobbies.

General Hospital Spoilers—Samms Made A Difference

“And there was one little boy called Sean, who was 11 and was going into surgery for a brain tumor,” she continued to describe his condition. “They were doing the surgery through the back of his mouth, so he was completely immobilized with a metal frame, so it was drilled into his skull here and here [points to opposite sides of her forehead], and then big metal bars drilled into his pelvis. He had every tube in him that you could imagine.

“I popped my head around the corner and said, ‘Did you see the film yesterday?’ and he said, ‘Yes!’ and I said, ‘Well, what did you think of it?’ and he said, ‘Well, it was rubbish!’ [Benard and Samms both laugh] We just really had this fantastic conversation where he was just basically mean to me, and then that evening, one of the nurses called me at home and tracked me down and said, ‘Would you promise to come back after Sean’s operation because it really cheered him up?’” 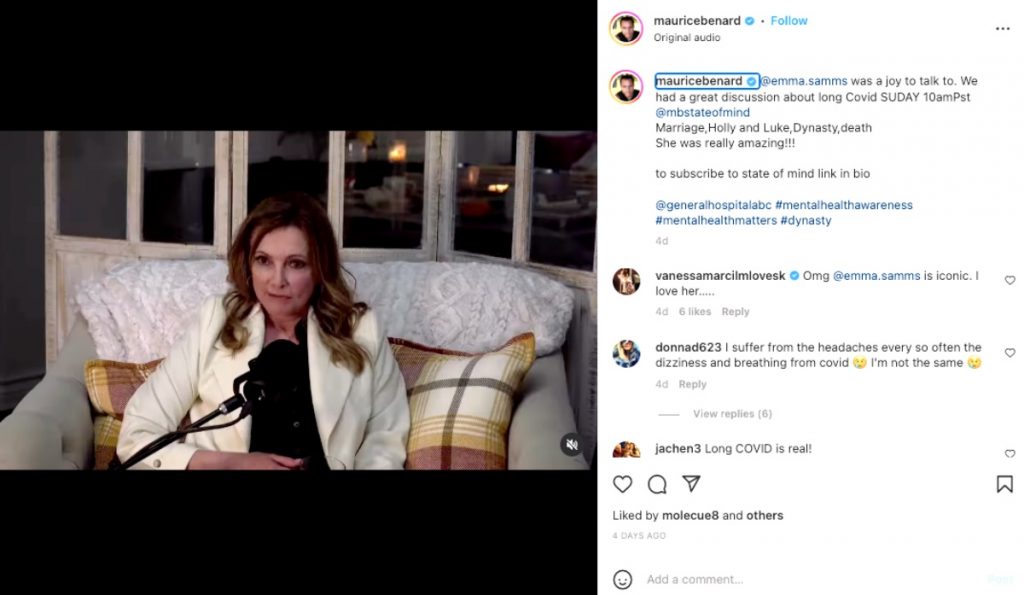 Samms developed a relationship with the boy and his family. Later, the doctors told his parents they couldn’t get all of his tumors out, and the boy wouldn’t survive. The parents let him live the rest of his life as he wanted and forgo treatments and further hospital stays.

Soon after this experience, Samms moved to America and started looking for acting roles. While auditioning for roles, she worked as a waitress and deli worker. The only shift they could give her was lunch hour, which was not enough to pay her bills. Even so, she had faith it would work out in her favor. Even though she believed in herself and knew it would work out in the end, she never forgot that sweet little boy in England.

Before the little boy passed away, she flew the whole family to Los Angeles to go to Disneyland. She wanted him to see America and experience as much life as he could. After the family was there, she realized the trip wasn’t just for the little boy but for the mother. The family will never forget the memories they made on that memorable trip.

Samms discussed growing up in England, her battle with COVID, and the lasting effects of grieving her brother. It’s a very emotional podcast that the GH fans should listen to if they have spare time.

This site is a leading source for everything linked to General Hospital. Check back regularly for GH spoilers and news!