General Hospital (GH) spoilers and updates tease that Michael and Willow living happily ever after for now while poor Harrison Chase is left out in the cold.

It looked like GH was headed somewhere interesting when Chase (Josh Swickard) realized that Willow (Katelyn MacMullen) and Michael (Chad Duell) were sleeping together behind his back. For a while, we thought Chase would try to get revenge on this pair for lying to him for months on end and for Willow marrying him under false pretenses. He was angry and also willing to fake his own paralysis just so Austin (Roger Howarth) could get what he needed to prove he was a real ELQ heir.

Chase had a new friend and the wool was being pulled over Willow’s eyes. She had been so perfect for so long, it was becoming sickening and what she did to Chase really was wrong. She liked being a wealthy lady of the manor with her own personal wine courses and was determined to keep that life. 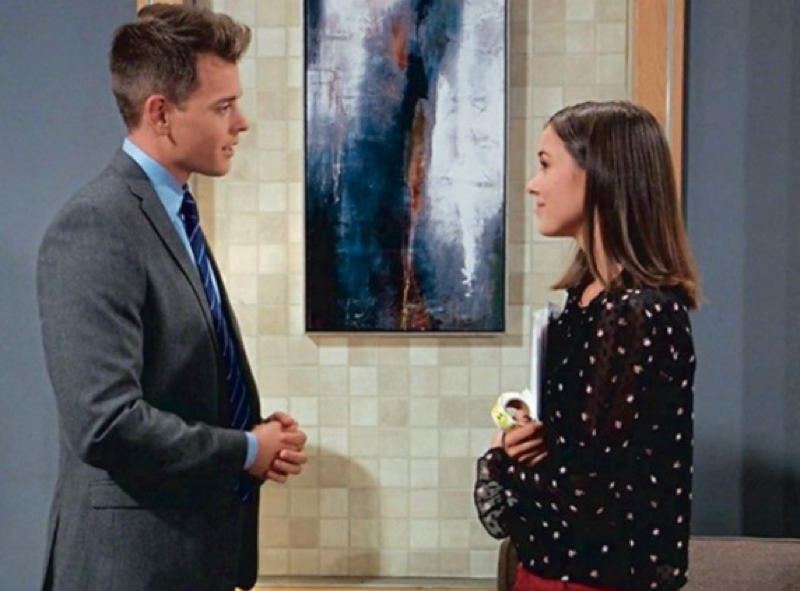 Then, it all came crashing down when in one fell swoop, Willow confessed her affair, Chase admitted he already knew, and then showed her and Michael that he could walk. Then, Chase and Willow had a tender talk where he forgave her for all her wrongs and that was that. Um, what kind of soap opera is that? Why create an affair story just to wrap it up so fast?

Now, this triangle and affair story was wrapped up neatly with a little bow and has drawn to its conclusion way too soon with Michael and Willow coming out looking like they were right to do what they did when they weren’t. What they did was wrong and selfish and Chase should have laid into them months from now after ruining Michael’s life because that is good soap opera.

The only silver lining is that Chase can now move on with his life and finds a woman who isn’t so saccharine. That friendship with Brook Lynn certainly has potential, so if GH refused to let Chase torture Millow longer, maybe that chemistry between Amanda Setton and Josh Swickard can finally be explored. Stay tuned to General Hospital weekdays to see what comes next for Harrison Chase.

General Hospital (GH) Spoilers: Should Phyllis Stop Being So Pushy With Sonny and Nina?