General Hospital (GH) spoilers and updates tease that tensions will arise on Cassadine Island as Peter August (Wes Ramsey) ups the ante in an upcoming episode of General Hospital!

General Hospital viewers will recall that Peter had Jason Morgan (Steve Burton) and Britt Westbourne (KellyThiebaud) record a statement which was sent to Anna Devane’s (Finola Hughes) phone, warning that if anyone tried to rescue them, Liesl Obrecht (Kathleen Gati) or Drew Cain (Cameron Mathison) they would all die! General Hospital viewers will recall that also in the part of the statement read by Britt, which Peter of course had prepared for them to read, it was noted that he could intercept and read any communications by the WSB or any other law enforcement authority! Whether that was true or Peter was bragging about abilities he doesn’t really have, remains to be seen! After they read the statement, Jason revealed he had the tarot card that Peter uses to deactivate Drew’s programming, with the chariot – thanks to Britt having some excellent pickpocket skills!

Meanwhile, back in Port Charles, Anna, Robert Scorpio (Tristan Rogers) and Valentin Cassadine (James Patrick Stuart) discussed the video message. Valentin had wanted to go to Cassadine Island because he knew it like the back of his hand – and knew how to get there unobserved! Anna wouldn’t have it – fearing for Valentin’s life! Valentin begrudgingly told Anna if she had to go, at least take Robert with her! Anna had planned to go by herself and both men wanted to go but Valentin had just recovered from surgery, and Anna joked that besides, there wasn’t a plane big enough to contain both his and Robert’s egos! Finally, the three agreed on Robert and Anna going as the WSB had sent out a rescue party and Valentin typed in how they could get onto Cassadine Island a secret way and everything he knew about the island! General Hospital viewers will recall the first time Valentin was seen, as Theo Hart, it was on Cassadine Island! He had taken over after the death of Helena Cassadine (Constance Towers)! 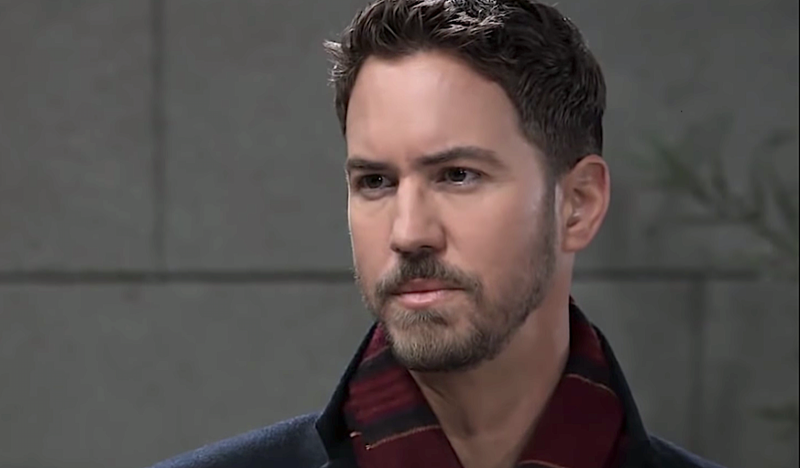 Victor Cassadine Is A Wild Card

General Hospital viewers and Robert, Anna, and Valentin can be expected to wonder where Victor Cassadine (Charles Shaughnessy) ran off to after being released from Port Charles Jail when the WSB allowed his immunity deal – and Scott Baldwin, (Kin Shriner) who had run off after him! Victor lost Scott quickly, but General Hospital viewers can bet he was headed straight to Cassadine Island to look for Liesl! Scott thought he’d convinced Victor to let him help him rescue Liesl, but it’s just as well that Victor didn’t; Victor is an experienced former WSB director whereas Scotty is – well, Scotty! Victor lived on Cassadine Island for many years, and it is likely that he also knows those secret ways to get there unobserved – longtime General Hospital viewers will remember that there are tunnels under the surface of the island and the Cassadine castle there. 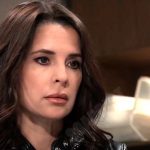 When Stavros Cassadine (Robert Kelker Kelly) kidnapped Lulu Spencer (then Julie Marie Berman) about ten years ago, trying to make her into his “ice princess” viewers will recall that she and the others had escaped through those tunnels onto the surface of the island. The only problem is, Victor is a wild card – he claimed to Valentin that Peter had turned against him, and also that he is Valentin’s birth father. Valentin wants more proof. Peter told Britt prior to having her make that video with Jason that he hadn’t heard from Victor – that could be a sign that Victor lied, or that Peter lied! If Peter truly has turned against Victor and is spotted on Cassadine Island it could mean death for one or all the prisoners!