General Hospital (GH) spoilers and updates divulge that Tajh Bellow (TJ Ashford) has some good news to share with his fans. He recently told them that his mom underwent an emergency appendectomy and now he has an update.

The actor let fans know on social media that her condition has improved and he wanted to thank everyone who sent their best wishes.

He tweeted, “Thank you, everyone, for your continued prayers, thoughts, positivity, and uplifting! Mom was discharged from the hospital yesterday, and is now recovering from home!!”

This is a tremendous change in status from the beginning of his mom’s ordeal when he tweeted: “It was sudden, it was unexpected, and it’s been very bad for her. She’s been suffering a lot, and she’s having terrible medical complications.”

At that time Bellow asked his fans for their emotional support and it seems like that came through in spades for the handsome and talented actor. 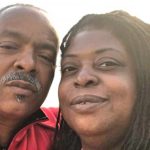 “I’m here to ask for prayer, positive vibes, good thoughts, good intentions,” he said at the time. “If you guys could just spare a moment and send her that love, it would be very appreciated.”

Now, with his mom recovering nicely he shared, “I am filled with joy and gratitude; thank you so so much for taking a moment for us we TRULY felt all of the love!”

Tajh’s character TJ Ashford is celebrating onscreen as well. He has just had a commitment ceremony with Molly Davis (Haley Pullos) and now will send the rest of his life with her. It took some doing to get to this point but these two have been together since they were teens so a little complication was not going to stand in their way.

Actually there was a big complication when Molly slept with Brando Corbin (Johnny Wactor) thinking TJ had ghosted her. In fact the poor guy was tied up and beaten after having been kidnapped. Oopsie.

But he forgave her and now things look like there is nothing but upside to the future. Will this turn out to be true, or is that scenario too good to be true? There is plenty of turmoil going on in Port Charles right now so a little sunshine is welcome. How long the sun stays out, and how long before the storm clouds arrive, is a different matter entirely!

General Hospital (GH) Spoilers: Will Peter August and Maxie Jones Say I Do?