General Hospital (GH) spoilers and updates tease that Nina Reeves (Cynthia Watros) is keeping a huge secret from all of Port Charles. After traveling to Nixon Falls to see Phyllis Caulfield (Joyce Guy), Nina discovered that Sonny Corinthos (Maurice Bernard), who everyone in Port Charles believes to be dead, was alive and staying with Phyllis. Sonny has amnesia and believes himself to be a man named “Mike”. Nina did try to contact Sonny’s wife, Carly Corinthos (Laura Wright) as soon as she saw Sonny but Carly was vicious to Nina on the phone, so Nina hung up without telling Carly that her husband was alive and well.

The longer she stayed in Nixon Falls, the more she was drawn to “Mike”. Mike is certainly interested in a romance with Nina, but Nina has tried to hold back. When things got too close for comfort between the two, Nina returned to Port Charles. She is currently trying to decide if she should return to Nixon Falls. But if she doesn’t, “Mike” may just come to Port Charles to find her. And if he does, someone will surely recognize him. And that might lead to Sonny’s memories finally returning. 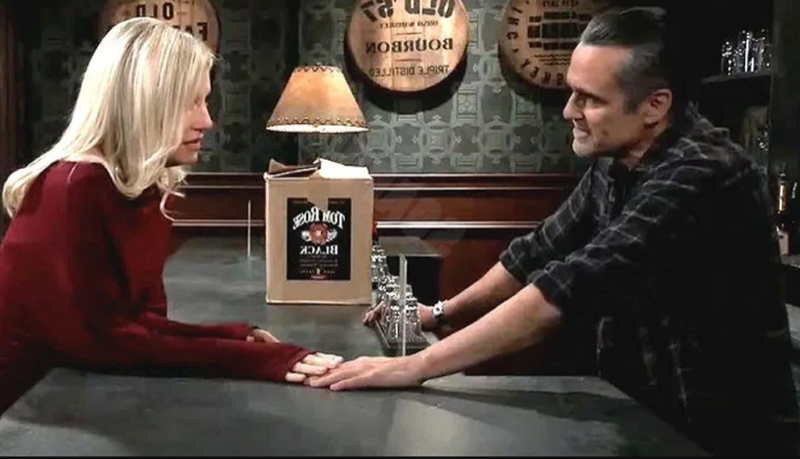 General Hospital Updates – Sonny Corinthos Will Be Returning To Port Charles Quite Different Than The One He Left!

In order to keep Sonny’s business safe from a takeover, and possible danger to his family, Carly and Jason Morgan (Steve Burton) is preparing to be married. And although Sonny may understand why Jason and Carly chose to get married, he won’t be prepared for the fact that Carly seems quite happy being married to Jason. It’s possible that Jason and Carly may consummate their marriage before Sonny returns. And if that happens, Sonny won’t likely want either of them in his life. And his feelings for Nina may remain even after his memories return. If Sonny shows no interest in Carly and pursues Nina even knowing she kept the truth from him, Carly will go crazy. But the future may belong to Sonny and Nina, much to the surprise of everyone.

Will “Mike” follow Nina to Port Charles? Will he be recognized? And will he finally get his memories back? How will Sonny react to Jason and Carly’s marriage? And will those feelings that he had for Nina go away or linger? Could Sonny and Nina actually become a couple? Sometimes a twist of fate can change lives forever so stay tuned to General Hospital airing weekdays on ABC. And don’t forget to check back right here regularly for all your General Hospital news, information, and spoilers!