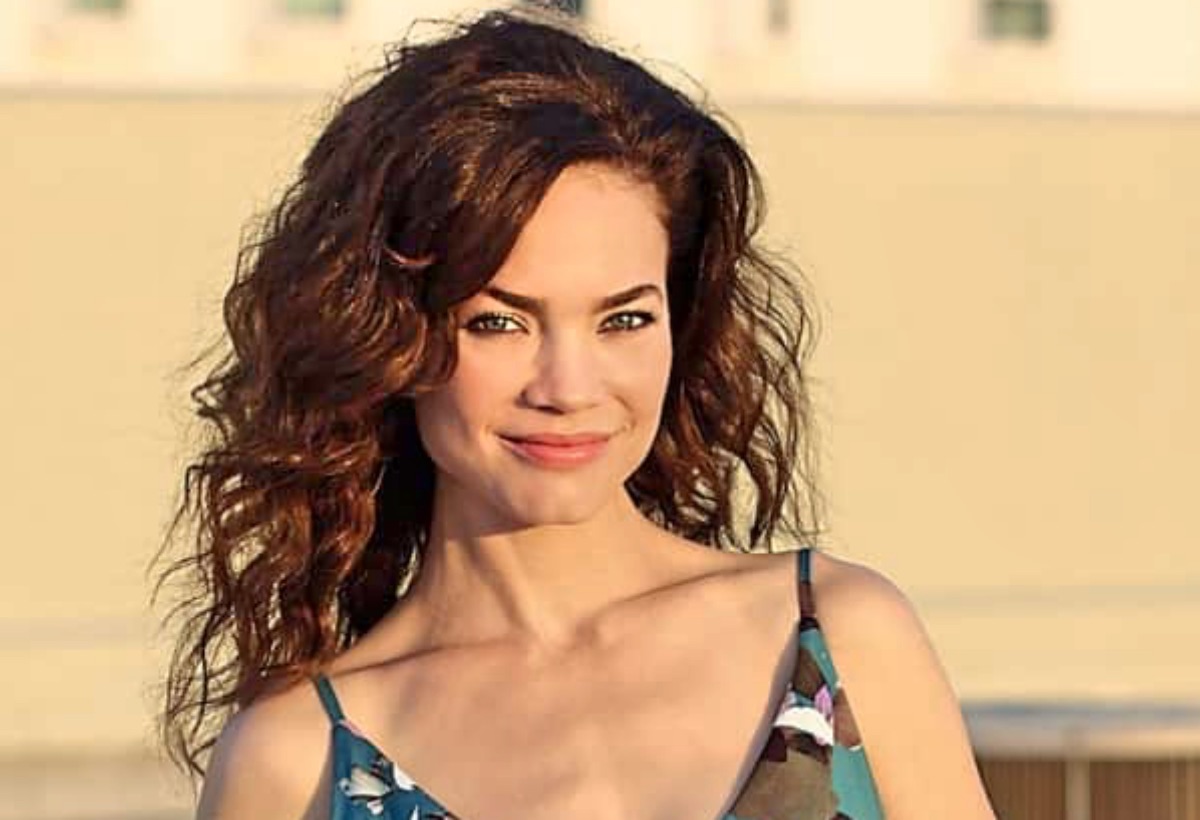 General Hospital (GH) spoilers tease that Rebecca Herbst’s fans are not liking having their leading lady off screen and consequently social media is filled with speculation about her character Liz Webber.

To the point that some rumors are getting out there, like she has left the show. Herbst felt it necessary to address fans concerns and she did so in a humorous way on social media.

Here is what Herbst tweeted about her absence from the screen: “Well, hello there…just thought I’d shut down some rumors that have been circulating: I haven’t been fired. I’m not on vacation. I don’t have covid. My kids don’t keep me from working. Nor do I have cramps (the best one yet 😂). I hope you all have a great weekend! XOXO..♥️ #GH.” 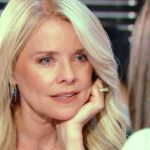 There you have it!

The fans also had fun with the whole shebang, with one asking if she’d Alien Space Force and one posting a GIF saying “Phew Still Alive”

One fan posted, “You’re tremendous and fun to watch. My favorite character of the last 22 years. ❤️ I love the job you do day in and day out. Always happy to hear you’re doing well!”

One fan concluded, “People need to mind their own personal business & leave your personal business to you. Rumors are just that, rumors. No facts. Enjoy her as an actress & admire her work, but stop the rumors. It’s childish.” 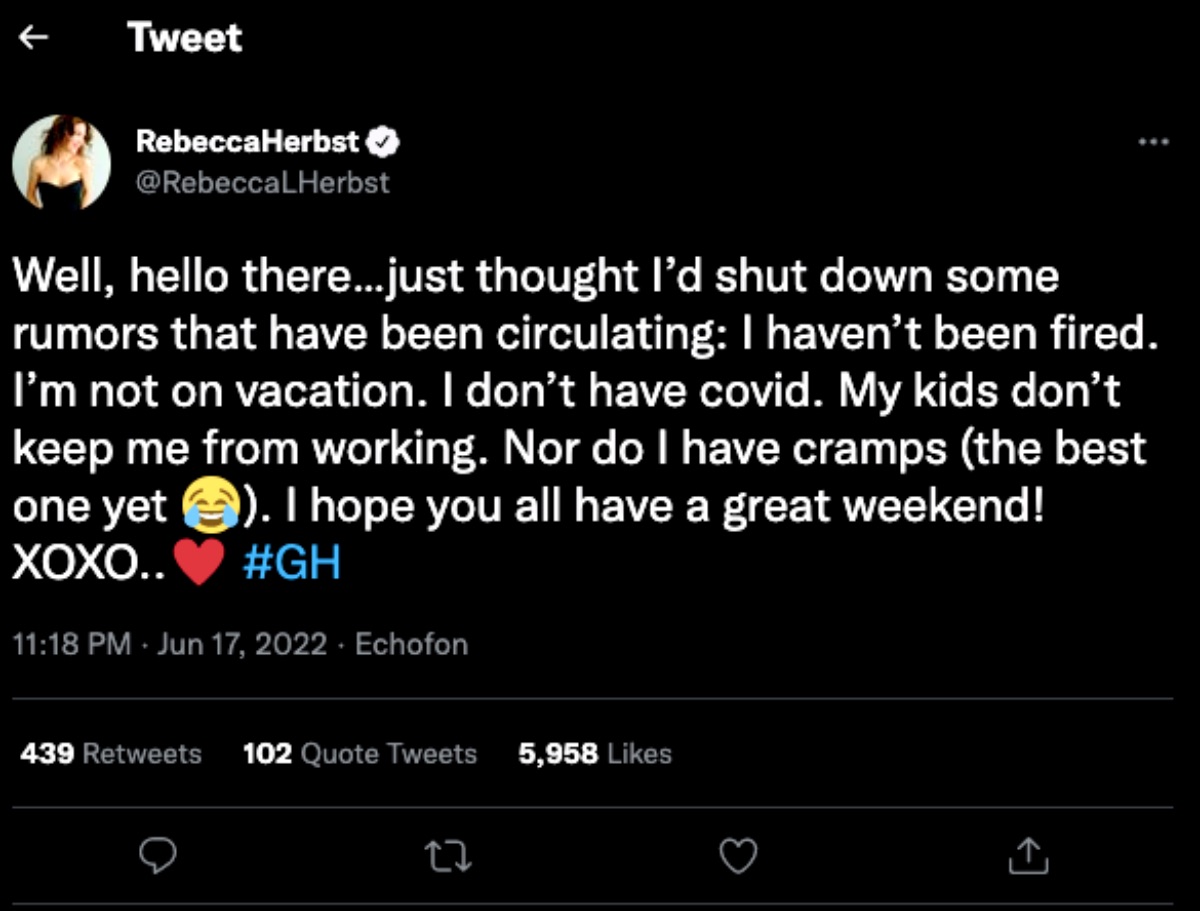 Of course there is another angle to the angst. Years ago the show decided that Liz Webber was no longer needed and fans had a cow, a llama and all sorts of drama. Long story short, the show reversed course and here we are today speculating all over again.

In case you didn’t know, Elizabeth is at Shady Brook to address a series of strange events that culminated in the pros deciding she needed to get a better handle on what is going on in her life.
General Hospital spoilers: Liz Webber Will Return

In the meantime her man Hamilton Finn (Michael Easton) has been banned from visiting her as Liz thinks he’s just complicating things. He hasn’t let go however and is trying to help her kids while she is gone.

Liz’s son, Aiden Spencer (Enzo de Angelis) is struggling and right now Finn and the boys are on a camping trip that includes a little bit of mystery and a lot of S’mores.
Be sure to catch up on everything happening with GH right now. Come back here often for General Hospital spoilers, news, and updates.