General Hospital (GH) Spoilers: Parry Shen Is a Fitness God In His Own Gym

General Hospital (GH) spoilers tease that Parry Shen is a fan fave as perpetually befuddled yet criminal-minded Brad Cooper. He debuted on the show nine years ago and his character has just been released from prison by his aunt Selina Wu (Lydia Look). The way the mobstress plans to use her nephew to do her dirty work may have Brad wishing he were back behind bars before she’s done with him!

When Shen is not on set he spends time enjoying his home gym. He recently gave Soap Hub a peek into his fitness routine.

General Hospital spoilers: Parry Shen Is Fit As a Fiddle

For Shen a normal workout routine looks something like this: Mon: Abs/core, Chest & Triceps (90min), Wed: Abs/core, Biceps & Back (90min), Abs/core, Fri: Shoulders & Legs (90min); Tues & Thurs: 15 hitting the heavy bag. But wait, there’s more! Everyday he ends his routine with a half hour on his spin bike. Anyone else exhausted yet?

Shen’s routine is impressive and he was asked the inevitable question—does he ever take a day off?

Here’s what he had to say: “I have chips a lot of times after a workout. So my six-pack will never be as good as it could be, but honestly who cares? I need to have a sustainable lifestyle and not being able to have desserts & fried foods whenever I want (in moderation), is just not going to be mentally good going beyond 6-8 months. The workouts balance out my occasional cravings.”

Shen built his home gym when Covid shut down the gym he was going to. “I built my own garage gym, and varying types of equipment to keep it fresh. As a result, I work out more frequently with it being so easily accessible. I also have learned to be creative and achieve the same results without heavy and expensive equipment.” 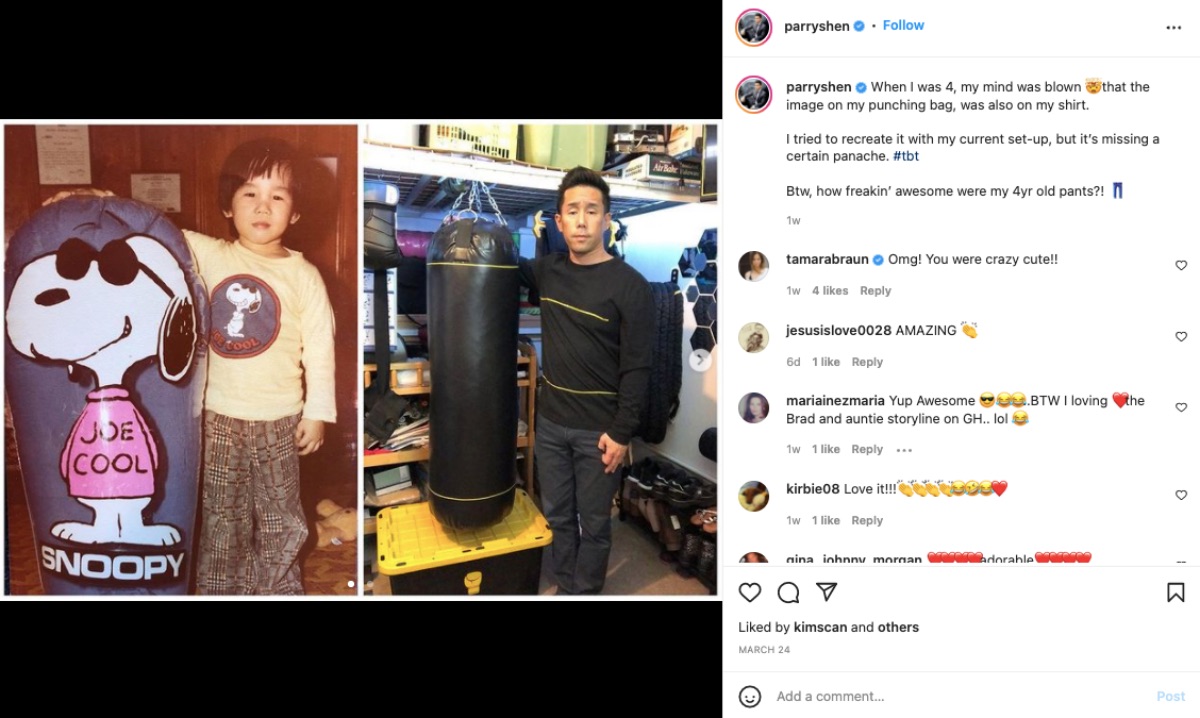 Shen has some good advice for fans looking to up their fitness level: be realistic. According to him, aim for a, “sustainable routine for basically as close to forever as possible.” This means, “Doing something that is challenging yet not backbreaking or causing injury/ discouragement.”

As fit as Shen is, he admits that he could work on his core more, “but it’s hard to always focus on it with each workout. But I believe I would have less back issues if my core was stronger.” Words to live by, now get cracking GH fans!