General Hospital (GH) spoilers tease that Maxie Jones (Kirsten Storms) came up with a plan to fake her and Peter August’s (Wes Ramsey) baby’s death in order to protect herself and the baby from him. Here’s how her plan might succeed in future episodes of General Hospital!

General Hospital viewers will remember that Maxie came up with a plan to fake her baby’s death to keep Peter away from both of them. She wanted Britt Westbourne (Kelly Thiebaud) to act as her obstetrician and fake to Peter that their baby was stillborn. Britt wasn’t real sure she wanted to endanger her medical license, but more than that, she wasn’t sure the plan would work. She thought that Peter would be suspicious and it wouldn’t stop Peter from stalking Maxie.

She had suggested a restraining order but Maxie didn’t think that would work, that police being involved would drive Peter even more berserk! Britt acknowledged that Maxie had a point. Her and Peter’s father, Cesar Faison (Anders Hove) stalked Anna Devane (Finola Hughes) for many years, even while Britt’s mother, Liesl Obrecht (Kathleen Gati) was obsessed with him and stalked him! She managed to have two children with him, herself and her late brother, Maxie’s late husband Nathan West (Ryan Paevey).

But Britt brought up what would happen even if they could convince Peter that the baby died? He would still be after Maxie, and what would she do with her baby? Give her up for adoption? Maxie said no but had the idea she would have someone out of town take care of the baby until Maxie herself could move to be with the baby. But, there were no guarantees that Peter would be behind bars by that time, which is what Maxie was hoping for!

General Hospital Spoilers – There Is Another Pregnant Woman In Town – That Might Not Really Be Pregnant!

General Hospital viewers will recall that there is another pregnant woman in town – and the two appear to be about the same months along in their pregnancies. That is, if Brook Lynn Quartermaine (Amanda Setton) really is pregnant. Other General Hospital spoilers tease that Brook Lynn may have fabricated her pregnancy with Valentin Cassadine’s (James Patrick Stuart) baby as part of a plan to get ELQ out from under Valentin’s ownership and back under the Quartermaine family. 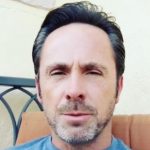 An insider leaked photo that made it to social media showed Kirsten Storms as Maxie apparently in a scene that was being shot at the Quartermaine Mansion set with Amanda Setton as Brook Lynn. The two were very pregnant, masked up and talking to producer Frank Valentini. It was obviously taken before the cameras were rolling for the actual scene, but there has to be a reason the two were on the same set together.

One way Maxie could make her plan work is to team up with Brook Lynn, because Brook Lynn may have had a stillbirth as part of her plan also. Brook Lynn could get the stocks from Valentin for the child’s sake and then not let Valentin even see the child – because there isn’t one. If Brook Lynn and Maxie team up, and there isn’t a real BLQ baby Maxie could let Brook Lynn “borrow” hers until Peter is safely behind bars or out of the way in some other fashion!