General Hospital (GH) spoilers and updates tease that Drew Cain (Cameron Mathison) and Liesl Obrecht (Kathleen Gati) will team up in order to escape from the grasp of Victor Cassadine and Peter August. As viewers may remember, Drew went missing thanks to Peter August and everyone assumed that he had died in a plane crash however recently Drew Cain has made an appearance where we learned that he has been held captive. Ever since his sudden “death”, he has been held captive and been trying to escape ever since with no success but things may take a turn for him. Not only has he gotten in contact with Sam, tipping her off on his existence, but also was able to help the nurse escape which has caught the attention of both Anna and Valentin Cassadine (James Patrick Stuart)

Obrecht ended up in the clutches of Victor Cassadine after flying out to help Nina with her Peter problem. She also learned that there would be a convention that would help her daughter, Britt. As viewers know, Britt recently learned that she has Huntington’s disease. However, while she and Scott were on the way to their destination they were stopped. 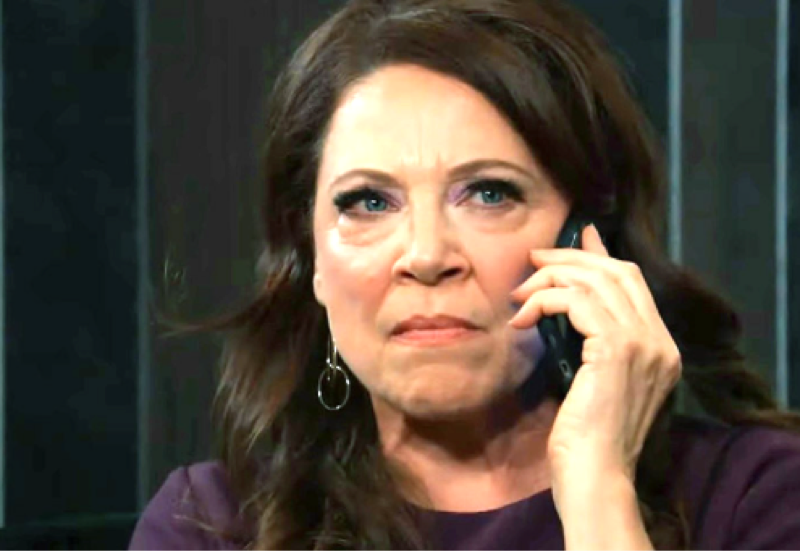 They were soon ambushed and Scott was dumped out of the plane while Obrecht was abducted. Although Viewers know where Obrecht is, her family members have no clue if she is okay and where she is. However, they do have reason to believe she is alive and it may only be a matter of time before they find out where she is.

Obrecht and Drew first realized that they were in similar situations when Obrecht was sent to check on Drew, who was surprised that Obrecht was in the same situation as him. Drew and Obrecht both caught each other up on how they got there as well as Obrecht telling Drew who really was holding them captive. Drew is ready to try to escape again and Obrecht is more than happy to hear about him wanting to escape. Knowing Obrecht, she probably already has a plan on how they will escape. However, even if they do not succeed, they have many people who are on their way to try and find them or at least heading in that direction to take down Peter. This means they might be found sooner than they think if they don’t escape on their own first.