“It is with a saddened and heavy heart that I share that my beautiful mother, Dr. Lorraine Sylvester, passed away unexpectedly this past Friday, August 27th,” the actor revealed. In Turner’s post, Dr. Sylvester just turned 70 years old this month. He described her as someone who has an “effervescent personality” and “carried a bright light everywhere she went.”

“Mom was not only a dynamic mother to three sons, but she was a loving grandmother, doting great-grandmother, faithful sister, caring aunt, evangelist, educator, administrator, therapist, and friend,” the actor said.

Turner admitted that he’s not sure whom to turn to now that she’s gone but he knows that his mother has prepared him for what’s to come. He’s forever grateful for spending 48 years with his mother and he’s blessed to have her in his life.

He thanked everyone for the condolences and for respecting his family’s privacy during this difficult time. 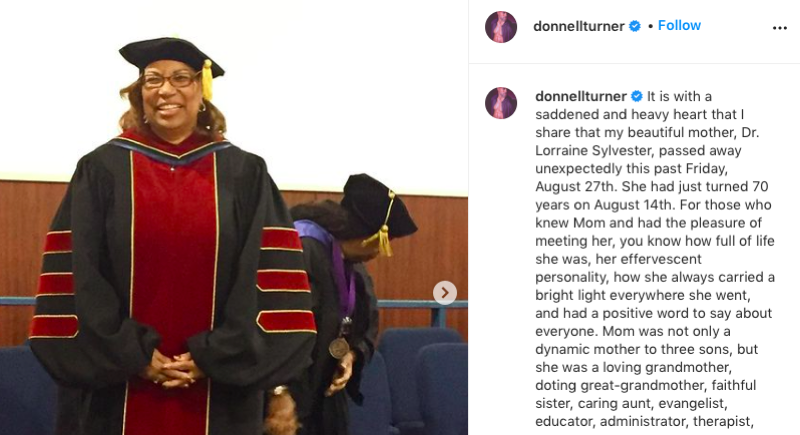 Back to General Hospital, Curtis Ashford (Donnell Turner) will help Sam McCall (Kelly Monaco) in solving a mystery. He’ll put on his PI hat as he works with Sam to find out what really happened to Drew Cain (Cameron Mathison).

In upcoming scenes, Sam will update him about her recent findings and they’ll come up with a plan on what they need to do next. Their primary objective is to bring Drew home. They will also uncover a connection between Drew Cain and Naomi Dreyfus’ murder. 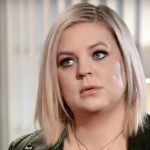 Elsewhere, Jasper “Jax” Jacks (Ingo Rademacher) wants to know more about Nina Reeves’ (Cynthia Watros) mystery man. He may show up in Nixon Falls, which will cause Nina to panic? If he does end up there, will Jax find out about Nina’s secret?

As for Ned Quartermaine (Wally Kurth), he’ll continue to worry about the welfare of Leo Falconeri after Austin Gatlin Holt (Roger Howarth) insisted to see the boy. He gave the kid a fidget spinner as a prize for being brave while at the hospital. What storyline will Leo be part of?