General Hospital (GH) spoilers say that by now, everyone knows that Dante Falconeri (Dom Zamprogna) has had a very difficult time trying to come back to his “old self,” whatever that may be, seeing how he’s gone through so much trauma in his life already. Yet, according to actor Dom Zamprogna, he says that his character has been at the mercy of a click of a pen, and for this reason. Here’s what he has to say.

General Hospital Spoilers: Dom Zamprogna Says Dante Is At The Mercy Of This

Speaking to Soap Opera Digest, Dom says that he has “clicked” with his recent tale on the small screen, as he grew up watching a Canadian show called The Kids in the Hall. The show used to have a skit in which Bruce McCullough would run around and scream about his pen and how someone took his pen. For Dom, it was hard concentrating in his scenes as Dante simply because he kept on thinking about the kids show! 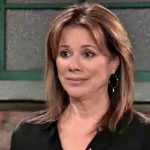 He told the publication, “That was all I could think of anytime someone would click the stupid pen and I needed to be in this serious place to act like this pen was Dante’s greatest foes. When I was doing those scenes in the hospital after Dante got stabbed when he ran in front of Franco, Roger Howarth was like, ‘So what’s going on with the pen clicking and you not looking at me and acting like you are going to kill someone?’”

Dom went on to say that his character was “hypnotized by Obrecht with a really cheap pen. It wasn’t even a nice pen. It wasn’t even like a fancy gold pen! But it was still funny to me. If it was a really special pen, I would understand why it was always the pen, but it’s literally a pen you’d find at, like a bank teller!”

Talk about “click bait,” right? Here’s hoping that Dom doesn’t have too many pens in his own home, because that might send him over the edge!