General Hospital spoilers tease that fans of Max Gail, who plays Mike Corbin, will be able to see him in a dramatic and exciting new movie. The legendary star is featured in the new Netflix film All Together Now.

The film comes at a time when GH fans are unsure of just how much longer we will be able to enjoy Gail on the ABC sudser. Mike is in freefall after a devastating battle with Alzheimer’s and we know that he can go at any moment.

All Together Now was directed by Brett Haley and it was written by Haley, Marc Basch and others. The new project debuted on August 28. The flick features an optimistic high school student who has grand musical goals. However, she must learn to accept help from her friends as she tries to overcome her mitigating personal issues. Will she triumph and eventually fulfill her dreams? Be sure to tune in and find out!

In addition to Gail, the cast includes Auli’i Cravalho, Rhenzy Feliz, and Justina Machado. It sounds like a terrific summer movie and especially one to watch to see fan fave Gail who GH viewers have come to love as Sonny Corinthos’ (Maurice Benard) dad, Mike Corbin.

Unfortunately we will soon be saying goodbye to Mike as his Alzheimer’s battle is in its final stages.

Gail has hit it out of the park with his portrayal as Sonny’s once estranged father. These two have mended fences however which makes their imminent goodbye all the more heartbreaking. Both actors have filmed extraordinary scenes as father and son and Benard has credited Gail with helping him to reignite his passion for acting. 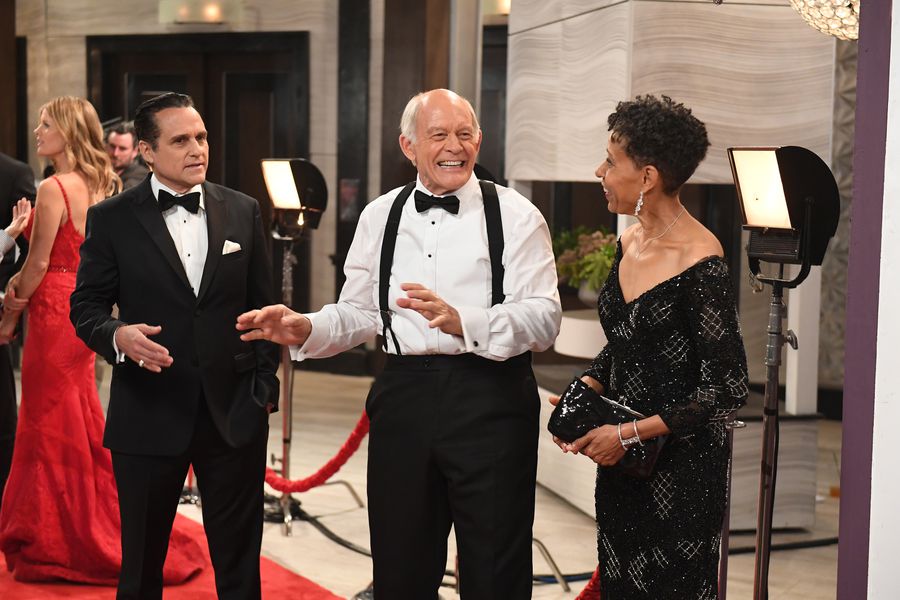 Recently Benard took to social media to give a heartfelt message about the show and what is coming up for fans. He shared that he has filmed some incredible scenes and thanked his costars for all of their hard work and dedication. While the show is always on fire, he made it sound as if some extremely must-see tv is on the horizon!

No doubt he is referencing Mike’s final scenes, but Sonny is also in the middle of a mob war as well as drama with his grandson.

so stoked to have my music be a part of All Together Now! ❤️ @netflix pic.twitter.com/pga93hKfGA