General Hospital viewers will recall that Drew Cain, previously played by Billy Miller, has been missing for two years after Peter August (Wes Ramsey) arranged for his plane to crash. Drew was on his way to Afghanistan to return some ill-gotten gains to the rightful owner when his plane crashed in the Gulf of Aden.

No survivors were ever found. In an upcoming episode of General Hospital, Sam McCall (Kelly Monaco) will receive an unbelievable call – from Drew! A leaked script a few months ago left no doubt in General Hospital fans’ minds that Drew was alive – kept in a foreign prison cell by someone called “The Boss” who “plucked him out of the ocean”. It just wasn’t absolutely for sure who would be playing Drew this time around, but now we know! 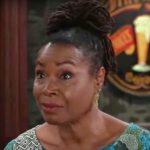 General Hospital show runners only just recently revealed that Cameron would be playing Drew – at first, he wasn’t sure who he would be playing. But Cameron shared that the first time he met with executive producer Frank Valentini, co-head writers Dan O’Connor, Chris Van Etten and a rep from ABC, that was when he found out for sure.

However, once he started growing his “shaggy” look for the role and posted a photo of him with full beard on his Instagram account, fans noted that he could look like Drew, and as for Cameron himself, he shares that when he found out he got goosebumps! Even though it’s been a while since he has played on soap – he was previously All My Children’s Ryan Lavery – he apparently kept tuned to General Hospital, because he was very excited about playing Drew! He says he loves the character and he hasn’t been given the opportunity to play a character like him. 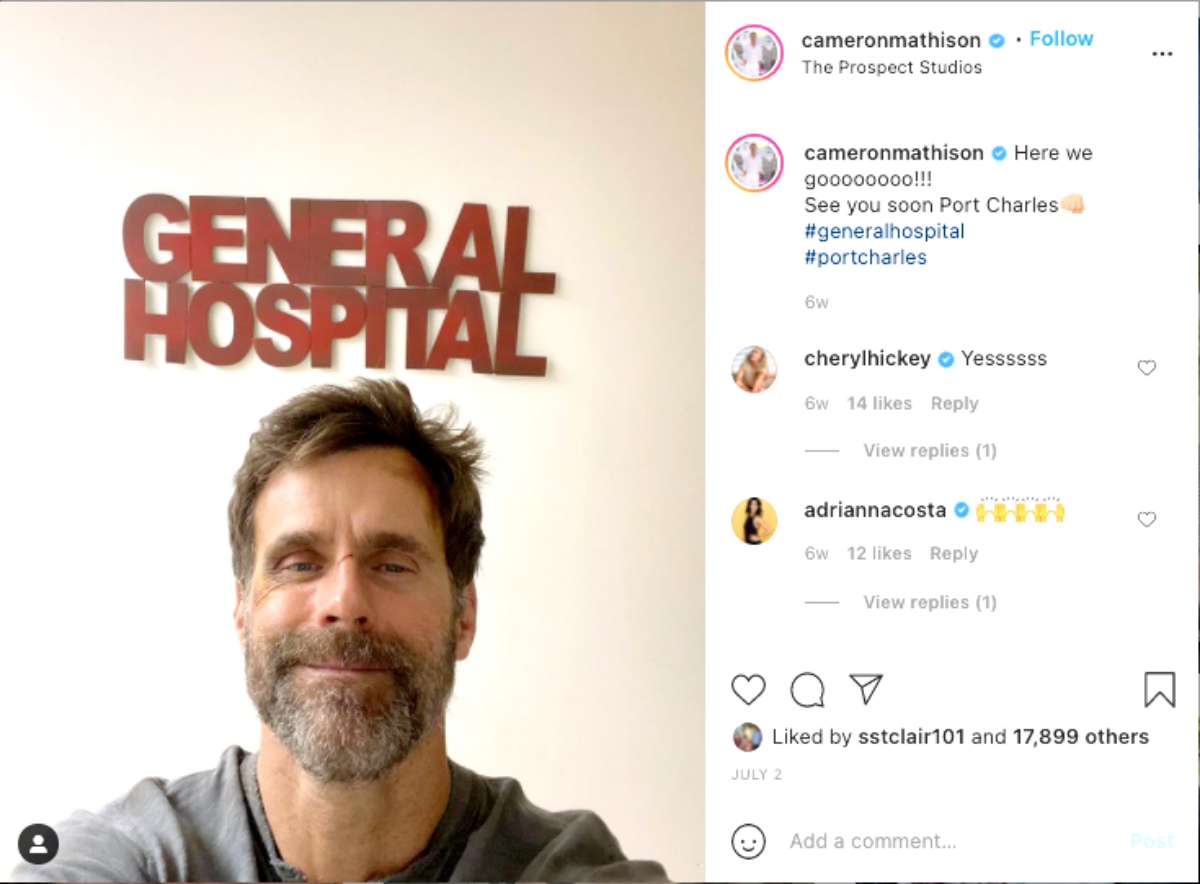 General Hospital viewers will recall that Drew’s twin is Jason Morgan, played by Steve Burton, and he has a daughter, Scout Cain (Ella Ramacieri) with Sam McCall. Ryan is buddies with Steve, plus he has known Kelly for a long time, when they were both on Dancing With The Stars. He and Steve don’t do guy stuff together, but then they are both busy with their careers and families. General Hospital viewers will recall that Drew was a Navy Seal and Ryan likes the idea of his new character having such a military background.

His first scene is just a voiceover when he calls Sam, who will be shocked. Cameron spoils that phone call for General Hospital fans. Sam can hear that Drew is in trouble and he’s trying to keep his voice down to avoid his captors knowing he’s come into possession of a phone and he’s using it. Drew knows that if he called Sam, she would be the one most likely to be able to either track him down herself or at least have the contacts who will be able to if she cannot on her own. His goal for the call is that Sam will get the ball rolling to track him down and bring him back, and he trusts she will do exactly that!