General Hospital (GH) spoilers and updates tease that Ava Cassadine (Maura West) is being a good stepmother to Spencer Cassadine (Nicholas Chavez) whether he knows it or not! She’s showing him the tough love that Nikolas Cassadine (Marcus Coloma) never knew how to do! Spencer may not see it or agree with it, but Ava is actually protecting him by making him take responsibility for his actions. She’s also protecting him when she outs Esme Prince (Avery Kristen Pohl) as nothing but a golddigger in future episodes of General Hospital!

General Hospital viewers will recall that Esme wouldn’t lift a financial finger to help Spencer in his time of need! Spencer had been arrested – thanks to Ava – and the purse strings were cut, and the bank of Cassadine was closed! Esme claimed that her trust fund manager wouldn’t allow her to do something like post bail, and yet she worried to Spencer about what would happen to her if he was in jail! That fact wasn’t lost on Ava, who was within earshot when she told him that. General Hospital viewers will also recall that Esme had just gotten a call that she was accepted into an internship at Spring Ridge, which means she has a job. But she didn’t breathe a word of that to “Spence” or anyone else! Ava is quick to pick up that Esme is much more interested in the Cassadine money than she is in the young prince Cassadine!

Longtime General Hospital viewers will recall that Ava knows a conniver when she sees one – there’s been more than one time in her life that she’s been a conniver herself! In her not so proud of past, she had tricked Sonny Corinthos (Maurice Benard) into shooting and killing AJ Quartermaine (Sean Kanan)! General Hospital viewers will agree she did so to cover her own behind, considering that she had delivered a fatal shot to Kate Howard (Kelly Sullivan) to keep her brother Julian Jerome’s (William DeVry) cover. 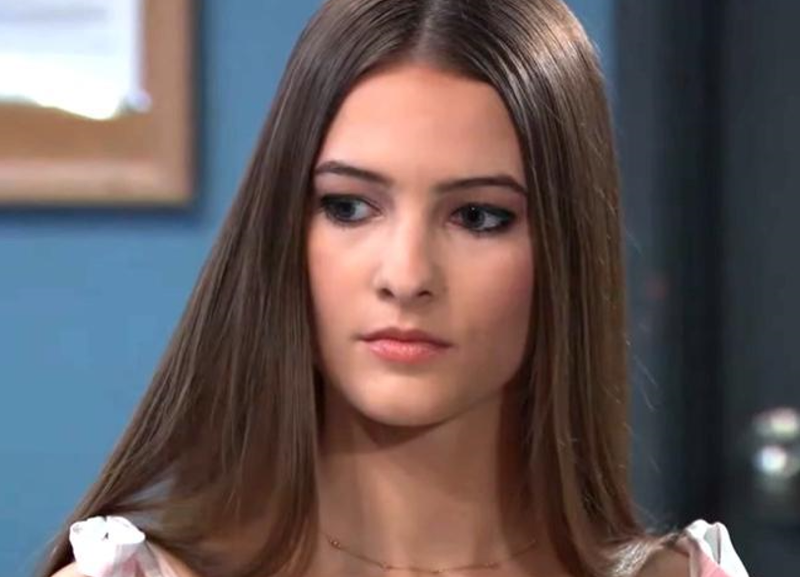 Longtime viewers will recall that when he first reappeared in Port Charles, he did so under the guise of Derek Wells, a magazine mogul. Kate had uncovered his identity and was going to spill the tea, so Ava knew she had to spill the blood! Kate had scrawled the initials “AJ” in blood on the floor and Sonny, who had been engaged to Kate went ballistic! He was not yet diagnosed with his bipolar disorder at that time and didn’t have good impulse control – so he wouldn’t have thought things out as to whether they actually fit before taking action back then! 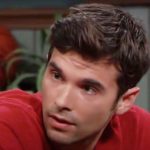 General Hospital viewers know that Ava’s not the only one who has Esme’s number – Spencer’s friends since childhood, Josslyn Jacks (Eden McCoy) and Cameron Webber (William Lipton) know it too. They are both concerned about how Esme could hurt “Spence” as well as Trina Robinson (Sydney Mikayla), who obviously has inherited some detective skills from her father! Josslyn has been right on target with her suspicions and opinions about the new girl in town – and Esme’s already tried to latch on to Cameron! It’s obvious that Esme goes where the money is – or where she THINKS it is. General Hospital viewers know that Cameron doesn’t come from a moneyed family, Esme probably just thinks he does because he’s dating Josslyn. Ava talks to Nikolas about Esme and the best way to handle her and protect Spencer. Nikolas admits young love and young lust is not always easy to get through when trying to tell someone the person that they are involved with is no good! Probably the best thing would be to bring her up on arson charges, but all they have is Spencer’s wishy-washy confession about Esme torching Ava’s car! Nikolas thinks that maybe a background check should be done to see just who this girl really is, and Ava agrees!