General Hospital (GH) spoilers tease that Anna Devane (Finola Hughes) will give Peter August (Wes Ramsey) a chance to come clean, without cluing him in that she knows the truth about him and his crimes in an upcoming episode of General Hospital!

General Hospital viewers will remember that Valentin Cassadine (James Patrick Stuart) cornered Peter in the cemetery and made him come clean to him about all his crimes. This was after Valentin and Anna both realized at the same time that Peter had been lying to both of them! Valentin came back to Anna and they discussed Peter’s past and more recent crimes, and how he had framed Liesl Obrecht (Kathleen Gati) to take the fall for them.

They suspected it, because how else would Liesl have been released from Steinmauer and transferred to the WSB medical facility in Geneva? Dr. Warren Kirk (Jameson Jones) would still have had to have a valid reason for the transfer, unless there was some cyber hanky panky going on with her transfer and release – her records showed she had been exonerated of the charges! And now Liesl is who knows where? She could even be in Port Charles, although neither Anna nor Valentin has spotted her – after all, her daughter, Dr. Britt Westbourne (Kelly Thiebaud) is now Chief of Staff at General Hospital, a position that Liesl herself once held.

Anna worries to Valentin that Liesl could come after Peter, and reminds him of the time Liesl kidnapped him and tortured him in a cabin, and then tried to burn him up in the Cassadine Stables. Valentin remembers that well, because Liesl had tied Nina Reeves (Cynthia Watros) up with Peter, and he helped rescue them from the burning stables! Even though Anna knows, as well as Valentin, the only way to keep Peter safe from Liesl is to expose him for his crimes and have him arrested, Anna wants to give Peter a chance to come clean to her as well!

Anna arranges to meet with Peter, but uses a subterfuge to conceal the real reason for the meeting. She wants to talk to him about something she is thinking about getting Maxie Jones (Kirsten Storms) for a gift, and wants his opinion. This subterfuge will put Peter at ease and prevent him from bringing Maxie along with him, because she would get nowhere if suspicious Maxie is along. Maxie seems to hone in on negativity about her fiancé like a bear on a hidden beehive full of honey, so she needs to be sure that Maxie is not along. 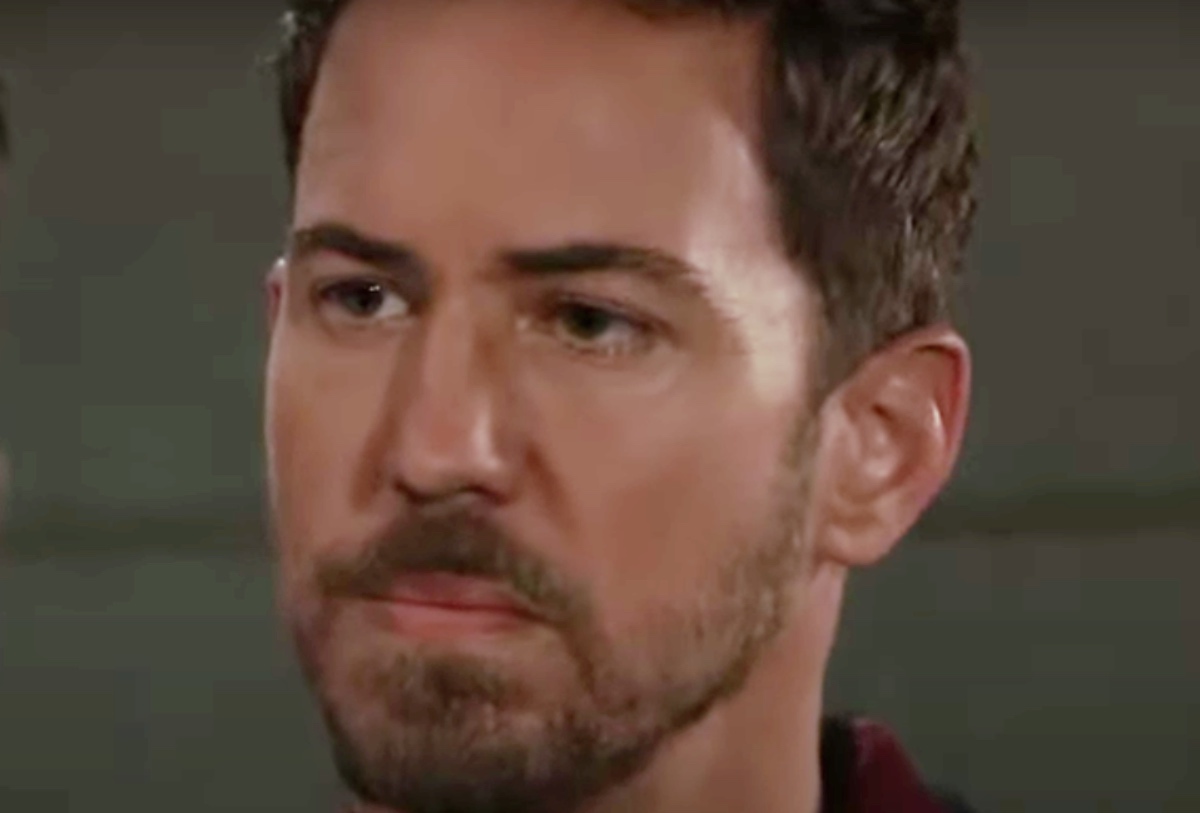 She asks Peter to come to her home, while Dr. Hamilton Finn (Michael Easton) is at work and Violet Finn (Jophielle Love) is having some away time with her grandpa Gregory Finn (Gregory Harrison). She starts by talking about where they all are in the planning of the double wedding, gets his opinion on the gift for Maxie, then she gets to the nitty-gritty.

She goes at it gently, hoping to put a guilt trip on Peter as she tries to get him to admit to his involvement in the more current crimes by telling him how proud she is that he has been able to move away from his legacy of being Cesar Faison’s (Anders Hove) son. She mentions his past kidnapping by Liesl and worries about the WSB buzz she heard that she is no longer at Steinmauer, and feigns knowledge of the reason. Peter looks nervous. This is the response she hoped for, although he doesn’t volunteer the information she had hoped he would. She knows he’s guilty, but it’s going to take more than “motherly love” to get him to crack!