General Hospital (GH) spoilers and rumors tease that Santa Claus may not be who Port Charles ho-ho-hoped he’d be when he arrives in an upcoming General Hospital episode; will there be a shocking family reunion as Cyrus Renault (Jeff Kober) unexpectedly returns to Port Charles?

General Hospital viewers will recall that after an assassin disguised as a cleaning lady was captured at the safe house that Laura Collins (Genie Francis) and Martin Grey (Michael E. Knight) had been staying at, they couldn’t wait to get back home! General Hospital viewers will recall they were put in protective custody several months ago by Port Charles Police Commissioner Jordan Ashford (most recently Briana Nicole Henry) after receiving word from the FBI that Cyrus had put hits out on them from behind bars!

Even Jordan wouldn’t know where they were or how to contact them, and that was shortly before she suffered smoke inhalation that compromised her transplanted kidney, and was put in a special kidney facility to hopefully heal. Martin will probably head to Port Charles, and possibly get to work on trying to find where Cyrus put their mother, but Laura makes a side trip to visit Cyrus in prison, where he claims to have seen the light and warns Laura he wasn’t the one who put the hits out on her and Martin, and they need to watch their backs! Laura will be doubting Thomas, and Cyrus will have to prove he’s changed!

General Hospital Updates – Could Cyrus Renault Have Had Displayed A Marked Change He’s Gotten An Early Release For Good Behavior?

General Hospital viewers know that Cyrus hasn’t even been behind bars long enough to even have a first parole hearing, but could he have displayed such a marked change he’s gotten an early release for good behavior? General Hospital viewers know it’s happened before, such as when Nelle Benson (Chloe Lanier) was unexpectedly released. But in Nelle’s case there was severe overcrowding in Pentonville Prison, and several people were released who probably shouldn’t have been! 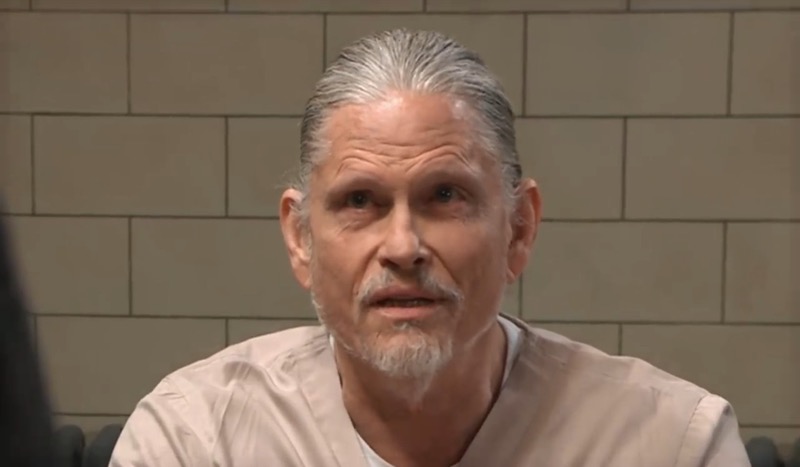 If Cyrus does somehow get released unexpectedly even to himself, it will be because of severe overcrowding in the prison, and maybe because he’s got someone on the outside with a lot of pull helping him! The first place he’ll head will be Port Charles – if he has indeed changed that much for the better and is truly worried about the safety of his siblings, then he’ll head there to protect them. If it’s a scam like Laura thinks it might be, then he’ll head there to take them out himself!

Cyrus Claus Is Coming To Town

General Hospital viewers could see Cyrus as being a good candidate to be a Santa Claus, with his white beard and rather a big belly – he won’t need a whole lot of padding in a Santa suit to pass as Saint Nick! It would be a perfect disguise for him to hide in plain sight while either keeping an eye on his sister and brother, who he figures will be at the annual lighting of the Port Charles Christmas tree on Rice Plaza. Whether Martin shows up there is unsure but possibly likely, and Laura will be there for sure. Cyrus Claus likely would also make an appearance at General Hospital and read the Christmas story to the children who are sick and that would be an impressive display of how much he’s changed! 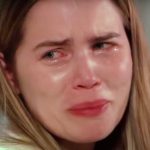 General Hospital viewers know that a man who would make a young woman overdose, want her left for dead, and then try to finish the job himself would really be out of character as a hospital Santa! Cyrus will have to be quite a good actor to pull that off unless his conversion is real, and his heart is changed as well as his story! But both Laura and Martin may think this Santa looks a little too familiar – and whoever suspects he’s none other than their brother first will ask some hard questions of Santa, and it will probably be Laura! Everyone will be in shock in Port Charles when Santa Claus turns out to be Cyrus – or should that be Satan Claws?