General Hospital spoilers reveal Carly Corinthos without a hotel, without a husband, and without a best friend it turned out she was in love with for decades without wanting to admit it.

Never say Carly (Laura Wright) is alone because every time she seems to feel down and out and lonely, Drew Cain (Cameron Mathison) shows up with his big, bright smile to be her replacement Jason (Steve Burton) — or at least a man she can talk to who seemingly wants to do anything for her. Jason Morgan definitely would have done anything for Carly, but he did smile a lot.

While Carly never imagined herself having romantic feelings for Drew, she does notice what he looks like shirtless and she likes what she sees. But are Carly and Drew meant to be together romantically and why had they never connected like this in the past? 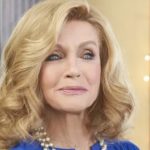 Is This Friendship or Blossoming Love?

After all, she thought he was Jason at one time and when she learned he wasn’t, she dropped him like a hot potato, something GH seemingly wants to ignore. But Laura Wright is not sure how fast Drew and Carly might be heading into a romance — if they ever do.

“I would say that he’s a friend and that in a really awful situation, he makes her smile and feel good,” Wright said in the August 2, 2022, issue of Soap Opera Digest. “Spending time with Drew is different than anything she’s ever done. Her whole life has been fear and mobsters and fighting to protect her family and she’s lost it all.” 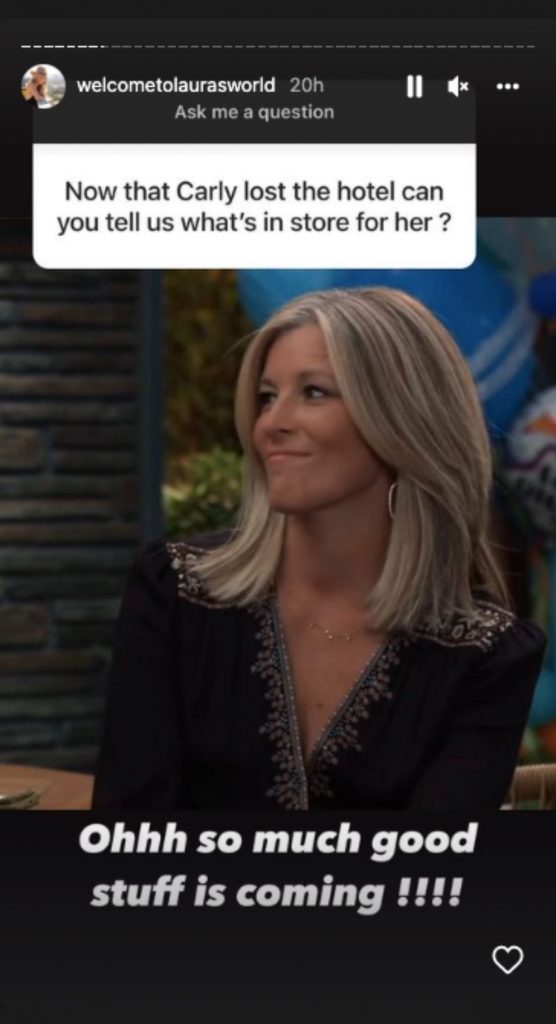 So, what purpose does Drew serve for Carly? He is definitely a friend and always there, but Carly has had that in other men before. “Now she’s sitting next to a man who is fun and light and has a good time and she doesn’t look too fat past that because she doesn’t know what life looks like for her.”

Does that mean that Carly is just biding her time for the moment? Will she start looking at Drew differently or will she remain hung up on Sonny Corinthos (Maurice Benard) forever and bitter about all that has happened? Knowing Carly, some bitterness will always be there. Stay tuned to General Hospital weekdays to find out.