ABC General Hospital spoilers reveal that Vanessa Marcil played Brenda Barrett on the daytime drama for many years and made an indelible mark on the soap landscape. Fans have never stopped wishing for a return from the beautiful brunette who captured Sonny Corinthos’ (Maurice Benard), heart and soul.

Brenda continues to be a talking point in 2020 as Marcil’s social media shows. She recently responded to a fan calling Brenda “spoiled” and it set off a chain reaction of views devoted to Brenda and her personality.

In response to a fan calling her character spoiled, Vanessa tweeted this: “Love hearing ur views! Brenda was bold & opinionated yet also vulnerable but how would you say she was spoiled? She has no parents, no family &she made her own $ She put up with Sonny lying 2her for years/putting her life in danger. She always fought her own fights.” 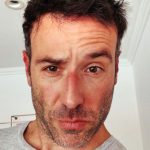 The fan tried to clear the air by tweeting, “oh no, I meant when you first came to town, when Julia had to cut your money off to find you lol, you was a little spoiled, I didn’t mean it in a bad way I loved Brenda from day one. She has always been my fav, and her/Sonny. Hurry and come back home to GH.”

Vanessa responded with this: “Oh in the beginning when she was 18! Got it. Yes, I agree then. I love to hear from you. Thank you!!!!!”

Vanessa’s fans were eager to chime in on Brenda being spoiled with one agreeing with Vanessa: “Exactly! I never understood why people called her spoiled. She worked hard to make her place in the world. She told Sonny she doesn’t want gifts or trips, she just wants a piece of his heart. And she lived in that tiny apartment with Sonny and never asked or expected more.”

Another fan tweeted, “Brenda was fun, talented, fierce & beautiful while doing it. I named my daughter after her-MY DAUGHTER’S NAME IS VANESSA- she was born in 1997-THATS when VANESSA MARCIL was on. she was &still is my favorite person on GH..GH ?? Please bring back the amazing BRENDA-WRITE HER IN !”

And another tweeted: “Spot on Vanessa. Brenda is not spoiled. She had to put up with being shot at lied to and shoved aside. LOVE Brenda.”