ABC General Hospital’s William DeVry has confirmed his exit from the soap breaking up the mob sibling duo. Ava Jerome (Maura West) and Julian have cover for each other since Ava arrived in down a few years ago. Now that Julian is about to exit, what will Ava do without her partner in crime?

GH Spoilers: Ava Has Protected Julian From The Start

General Hospital’s Ava came to town to start up Derrick Wells media. Julian was presumed dead but instead had been placed into witness protection unbeknown to Sonny Corinthos (Maurice Benard).

Ava knew that Sonny would kill Julian if he found out the truth which is why she killed Sonny’s girlfriend, Connie Falconeri (Kelly Sullivan). Ava would do anything possible to protect her brother no matter what crimes she has to commit in the meantime.

General Hospital’s Julian came to town thinking his sister would be his only connection there. However, while still using the name Derrick, Julian ended up being the donor how saved Danny Morgan’s (Porter Fascullo’s) life. Sam McCall (Kelly Monaco) was trying to find her father before this to see if he might be a match for her son. 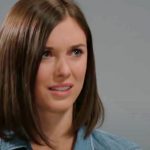 However, Alexis Davis (Nancy Lee Grahn) didn’t know Sam’s father’s name. Alexis slept with a man outside a bar as a young teen. Sam finally realized that Julian was her father but still didn’t put it together with Derrick until Sonny connected the dots. Julian eventually won over Sam and her sisters and ended up married to Alexis for a short time. Later, Julian forced Alexis to help him after he murdered a former associate.

GH Spoilers: Julian Helped Ava After She Faked Her Death

General Hospital’s Julian helped Ava when she was pretending to be another Jerome family member after falling off a bridge. Ava fought cancer and her doctor even kidnapped her daughter to get bone marrow to save Ava’s life. Julian has continually covered for Ava no matter what crimes she has committed. Ava has done the same for Julian. Recently Ava even helped to keep the secret that Julian helped to kidnap Sonny’s grandson.

General Hospital Spoilers: Will Has Wrapped Up Taping

General Hospital’s DeVry wrapped up taping last week, however, he hasn’t hinted at how his character’s exit happens. However, the sometimes referred to as “inappropriate chemistry” between Ava and Julian will be missed. Both actors fondly refer to the other as their sibling even though they are not biologically related. Watching Maura and Will interact as siblings the past seven years has certainly been interesting. Some fans will certainly miss the banter between the two stars. Hopefully, we will get some scenes before Will’s exit.