General Hospital Spoilers and Rumors: With Ethan Returning For Holly’s Funeral Can Luke Be Far Behind?

General Hospital’s Robert believes that Holly is alive Nothing surrounding Holly’s disappearance and presumed death makes sense. Robert knows Holly and he knows something is not right. Robert hopes to go to the memorial and find a lead to Holly’s whereabouts. Robert needs some sort of confirmation as to Holly’s fate and right now he has nothing. However, Robert will meet up with Ethan at the funeral and they will compare notes about Holly. Ethan knows his mother as well and perhaps the two of them will put their heads together and decide they need help.

Luke Spencer To The Rescue

Both General Hospital’s Robert and Ethan know that Luke would be the one person to help them with this search. Luke knows Holly as well as they do and would certainly be willing to help his son locate his mother. Robert and Luke have solved many crimes together and this would be another adventure with Ethan along for the ride. Although Ethan has been around the world and had many adventures, he’s not see anything like Luke and Robert together. Holly would expect Luke to help search for her, she would be shocked if Luke wasn’t along. Holly knows that Luke nor Robert would believe she was dead without proof.

Luke Has Been Gone For Years

General Hospital’s Luke has been gone for some time and GH fans would love for him to come for a visit. However, Tracy Quartermaine (Jane Elliot) isn’t likely to be too happy with Luke taking off to find Holly. Tracy does love Ethan though and could be a little lenient because of him. 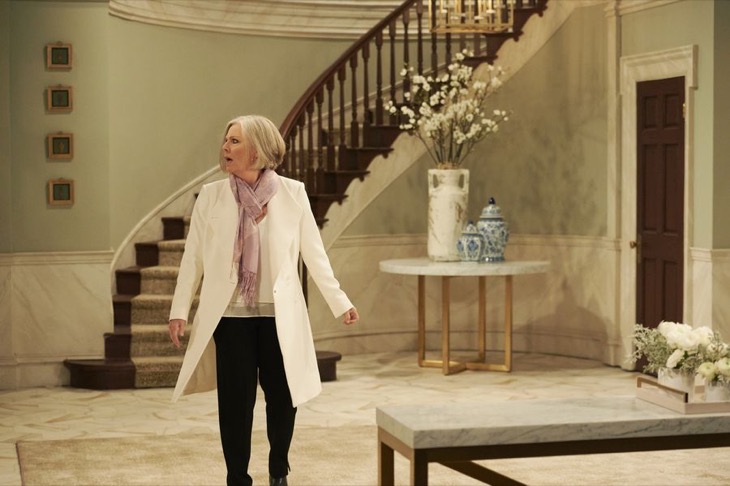 Rescuing General Hospital’s Holly could have some huge ramifications for Peter. After all, Maxie Jones (Kirsten Storms) just found out she was pregnant with Peter’s baby. If the truth comes out everyone in Port Charles will turn against him. Will Luke be the one who finally gets the evidence they need? Perhaps we can have one last hurrah for the former dynamic duo.