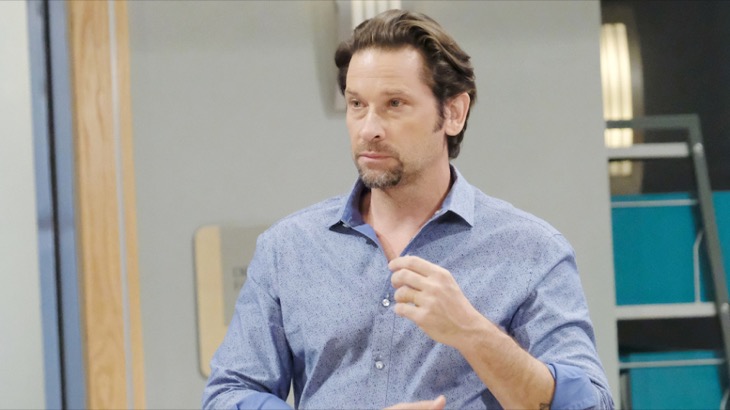 ABC General Hospital spoilers reveal that Michael E. Knight has gotten rave reviews from fans for his portrayal of Martin Gray. The lawyer has been defending big, bad, Nelle Benson (Chloe Lanier) but now that the custody battle is over, have we seen the last of him? That remains to be seen, but Knight recently sat down to talk with Soap Opera Digest about his character, and one costar in particular, so let’s hope there is more around the corner for this talented and handsome thespian.

Knight had a ton of kudos for costar Roger Howarth whom he called, “amazing.”

“Oh man, I was so intimidated by Roger!” he spilled. He said that it isn’t easy to intimidate him, but Howarth, who is a soap legend, did the trick.

How so? Apparently Howarth has an incendiary sense of humor! In fact, Knight said he’s, “like a bowl of dust; he’s very dry.” It sounds like Knight has a pretty good sense of humor himself!

One day Howarth approached Knight after he had filmed a courtroom scene. Referring to Knight’s Southern Gentleman character he asked him which side of the Civil War he fought on and Knight lost it.

He said he was cackling and even let out a howl he was so amused by Howarth’s humor. He added of his costar, “he’s everything.” 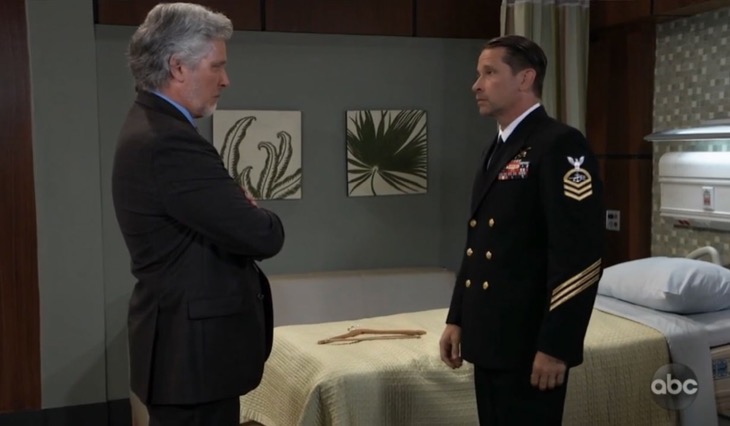 Knight also talked about his character saying he has gotten a lot of grief over his decision to switch up his speech in the middle of his run. In the beginning, Gray had no accent but one day Knight gave him a thick southern drawl because he thought it fit. In fact, fans love the accent and in so doing Knight gave his character a whole other dimension.

Will we be seeing more dimensions and shades of Gray in the future? There is no word on a storyline for Gray, but with his main client in constant trouble, we may. Then again, there is another baddie in town, Cyrus Renault (Jeff Kober), who could use some legal counsel given all of his shady shenanigans.

Let’s keep our fingers crossed that we see more of Knight in the future, he is a daytime drama legend and fans can’t get enough of him.