General Hospital spoilers tease that Lulu Spencer (most recently Emme Rylan) may return to General Hospital, possibly with a new face that could actually be an old face in the form of Julie Marie Berman, the actress who played Lulu prior to Emme!

General Hospital viewers will recall when Lulu, a legacy General Hospital character, was suddenly written out of the General Hospital canvas in late 2020. Lulu had been a victim of the explosion of The Floating Rib, coinciding with her ex-husband Dante Falconeri’s (Dominic Zamprogna) return to Port Charles. Lulu had confided in her best friend Maxie Jones (Kirsten Storms) that she still loved Dante and was planning to turn down her boyfriend Dustin Phillips’ (Mark Lawson) expected marriage proposal that night. 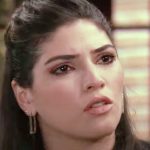 Dustin died as a result of the explosion, but Lulu, although bruised and shaken, seemed fine physically. Lulu and Dante were in the chapel at General Hospital when just as she whispered to Dante she still loved him, she collapsed and fell into an indefinite coma! Dante hadn’t heard her words and became focused on getting her to the emergency room – which he did, and then her mother Laura Collins (Genie Francis) had her transferred to a specialty facility dealing with comatose patients in New York City. Then portrayer Emme Rylan was shocked and blindsided, as she had no warning she was going to be written out!

General Hospital viewers will recall that recently, Dante has decided finally it was time to move on and has started dating Sam McCall (Kelly Monaco). General Hospital viewers know from history that when someone moves on with a missing or otherwise absent lover, writers always have them return to cause complications in the new relationship! There is already one potential complication with the return of Drew Cain (Cameron Mathison) – she was married to Drew when their daughter Emily “Scout” Cain (Ella Ramacieri) was born. At the time, she and everyone else including Drew thought he was Jason Morgan (Steve Burton) until the real Jason escaped the Boronsky Clinic with the help of Ava Jerome, now Ava Cassadine (Maura West) and returned to Port Charles.

Sam was forced to make a choice, and she had chosen Jason at the time. Recently, Dante and Sam decided it was time to make their relationship more public – and Drew is back, with Jason again presumed dead. Sam had broken up with Jason feeling his dangerous lifestyle was too dangerous for a man with a family, and it seems she was craving the safer life she had when she was married to Drew! But there have been Lulu mentions as well in recent episodes of General Hospital as well, leading fans to suspect her return! 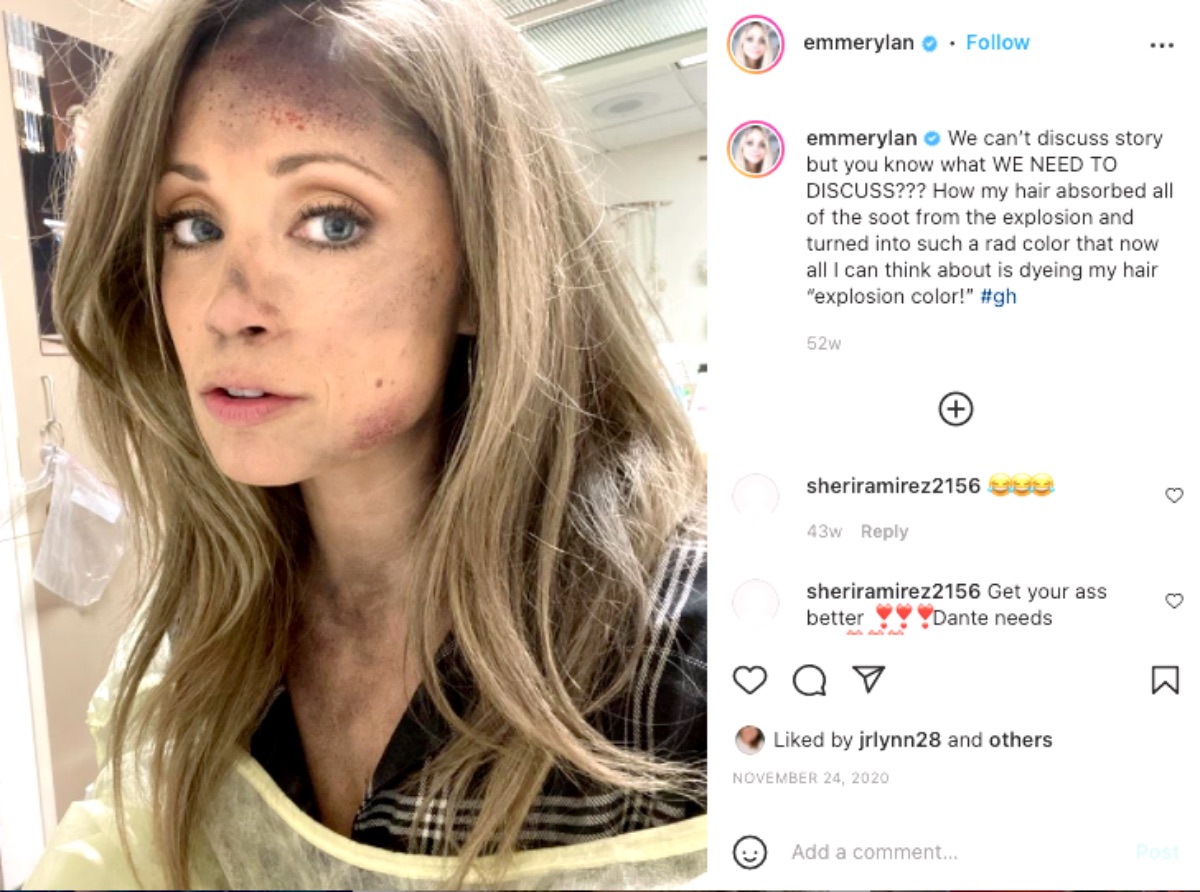 Although General Hospital fans and Emme Rylan undoubtedly would welcome Lulu back in the form of Emme, nothing has been hinted by Emme herself that she has been contacted by General Hospital for a return as Lulu. When Julie left in 2013 it was of her own accord, having taken a part in the primetime NBC show Chicago Med. But she only stayed there for one season, spending some time playing a character in a show called Casual for a while.

Julie popped up in a role on CSI: Vegas recently, but it was only a one episode part. It doesn’t seem that she has any other irons in the fire in spite of wanting to break into primetime TV when she was actually very popular on General Hospital! General Hospital hasn’t revealed any firm plans to bring Lulu back on screen, but it seems that if they should want to bring her back, either Emme or Julie might jump at the chance to reprise the role!