NAMI has presented the actor with its Visionary Award from and in an Insta video the actor shares how proud he is to be given the award.

He captioned the post: “Say it loud-Say it Proud MENTAL HEALTH Rocks Thank you @namicommunicate for believing in me from the very beginning and for everything you do for Mental Health.” 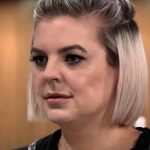 Maurice went on to say that anytime he gets an award it means the world to him and that NAMI was one of the first organizations to recognize his mental health advocacy efforts.

General Hospital spoilers – Maurice Benard has done much to shine a light on mental health advocacy
Maurice’s fans were happy to hear his great news and many shared their own stories of being helped by him. One posted: “Great award! You certainly deserve it. I know you’ve helped me. Keep doing the work you do.”

Another fan wrote: “I would absolutely miss Sonny if you left GH, but I have to say, if this is what you left for, I’d stay with you 💯 I’ll never forget your comment back to me on Youtube. I was going through a bout of depression & anxiety and I seriously told myself my life as I knew it was over, but you said, “You’ll get through it.” And I did. I’m seeing a psychiatrist virtually & she adjusted my meds & I feel better than ever. Your four words got it done, I swear. I felt like, “If Sonny believes in me, I can believe in me.” It’s unbelievable still. Maurice Benard, a man I haven’t met in person, truly cares. Just because I watch him on TV. I’m welling up with happy tears just letting that sink in.”

General Hospital spoilers – What is next for Sonny Corinthos on the ABC sudser?

Maurice was instrumental in having his GH character, Sonny Corinthos, be diagnosed with bipolar disorder, the same condition he experiences. Sonny’s storyline has helped many to become more aware of the disorder and get help for themselves and loved ones.

What’s next for Sonny? Fans just saw him fall into the frigid waters with his enemy Julian Jerome (William deVry). Who lives and who dies? Anything is possible GH fans, be sure to tune in and find out Sonny’s fate!