General Hospital spoilers and updates say that if there’s anything that a lot of the soap’s actors can agree to, it’s that Port Charles, NY definitely feels like their second home. Actor Ian Buchanan (Drake Lavery) would definitely attest to that as he’s made it no secret that he is more than excited to be back on the set of the hit ABC soap. Here’s what he has to say.

In a new interview with Soap Opera Digest, Ian, who returned to play Duke for the mid-December appearance, says that he was more than thrilled to reprise his role. As many fans can remember, Ian was on the show from 1986-1990 and 2012-2015. He said that he first got a call from his agent a few months ago and asked if he could take a free Covid-test. The agent then said if he would like to work on General Hospital for a day, to which Ian said that he “tested for the role.” 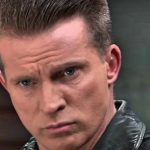 With that said, Ian says that he had a blast back on the set. It was a lot of fun seeing all the familiar and new faces, even with all of the new Covid-19 safety restrictions. Even though Duke has popped up as a ghost in the past, this time all of his interactions were with his beloved Anna Devane (Finola Hughes). Ian told the publication, “She and I hung out for lunch and talked through the door during my fitting when poor Shaun Reeves [wardrobe director’ actually thought I was going to squeeze into Duke’s old pre-Covid suit. If it waddles like a Duke!”

Ian then said that he has nothing but positive things to say about the cast, especially William DeVry (Julian Jerome) and Nancy Lee Grahn (Alexis Davis). He explained, “I’ve always loved working with them. And if anyone knows how it feels to be the walking dead, it’s me! We spent most of the day in his dressing room because there were more things for me to look at than there were in my very spartan accommodations. And working with Nancy has always been a treat, or, as I told, her, ‘Worth leaving the house for.’”