ABC General Hospital star Dominic Zamprogna (Dante Falconeri) recently opened up about why he left the show and why he decided to come back after a short break. Here’s what he has to say.

Speaking to Soap Opera Digest in a new interview, Dominic says that one of the reasons why he left the show to begin with is because he needed to take a step back, both personally and professionally, as he was feeling as though he was losing steam on some days. However, after taking a short break, there was no denying that Dominic definitely missed being on the canvas. 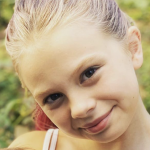 He told the publication, “I missed my friends who have become like family to me. Leaving was a very difficult thing to do. But as an actor, and trying to be true to myself, it felt like the right thing at that time, for a number of reasons. Mentally, I was pretty toast. I wasn’t feeling like my work was, frankly, very good. Also, I didn’t know anyone in the film and television community down here as fortunate enough as I was to come to L.A. 11 years ago with GH in hand, and felt the need to meet casting directors and take as many meetings as possible.”

Dominic said that a lot of his co-stars were thrilled when they found out that he was coming back, especially Marice Benard (Sonny Corinthos) and his on-screen love interest, Emme Rylan (Lulu Falconeri).

The actor continued, “Emme and I lead similar lives in that our home life is quite chaotic. So it wasn’t as easy to keep in touch. But she’s known for a while that I wanted to come back. She says she’s excited but I see she’s moved on rather quickly!”

With that said, it will b ever interesting to see if Dominic’s character Dante and Emme’s Lulu get back together again, despite the fact that Dante pulled the plug on their marriage. Needless to say, General Hospital fans will certainly have to tune in to find out!