General Hospital spoilers reveal Drew Cain almost making his way back to Port Charles this week, but it also looks like the man who plays him was slated to be another very familiar character.

According to Soaps.com. Cameron Mathison thought he was hired to play Ric Lansing, Sonny Corinthos’s half-brother, who was played for years by Emmy-winning soap vet Rick Hearst. In fact, Mathison said he was so sure he was going to play Ric that he studied up on the character’s history only to learn he’d be playing Drew Cain, a man who was presumed dead and living in captivity for two years. 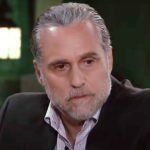 However, once Mathison learned he was Drew, everything changed for him and he was thrilled to play this big role.

“That massive impact would be enough to bring my own kind of version of him,” Mathison said. “He’s going to be humbled, he’s going to have more of a sense of gratitude, a deeper connection with his daughter — things that I feel would be different from when Billy was playing the character.”

Will We Ever See Ric Lansing?

So, what about Ric? Will he return to the Port Charles fold to cause trouble again one day? The last we saw of him in a real storyline he was married to Nina Reeves when she was played by Michelle Stafford. He was also having an affair with Nina’s mother, Madeline Reeves (Donna Mills) all so he could get the Reeves fortune.

Sonny’s brother was also married to Elizabeth Webber (Rebecca Herbst) for a time and they had an on-again/off-again romance. With Elizabeth all alone now and her relationship with Hamilton Finn (Michael Easton) going nowhere fast, would there be room for Ric again — and a Ric played by Rick Hearst. Or maybe Elizabeth can once again have a romance with Drew. After all, they were together at one time, too, but under false pretense Stay tuned to General Hospital weekdays to find out.