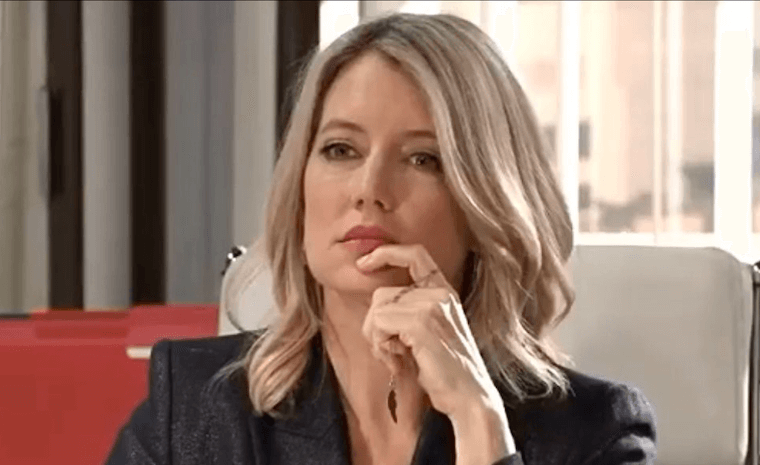 General Hospital (GH) spoilers and updates tease that Nina Reeves (Cynthia Watros) will be surprised to see a familiar face in Nixon Falls in an upcoming episode of General Hospital!

General Hospital viewers will recall that not only Nina, but “Mike” aka Sonny Corinthos (Maurice Benard) have both suffered the loss of a good friend with the sudden death of Lenny Caulfield (Rif Hutton) outside the Tan-O. As they both try to comfort his grieving widow Phyllis Caulfield (Joyce Guy), it would not be unusual for Nina’s loved ones and friends back in Port Charles to keep an eye on the happenings in Nixon Falls. General Hospital viewers will recall that Nina had to cut her trip short to Port Charles, where she had been visiting her grandson Wiley Corinthos (Erik and Theodore Olson) because of the bad news she had received when Sonny had called her and told her she was needed there. They went to New York City where Lenny underwent a biopsy after at first believing it was his bad heart that was causing his pain, but once he and Phyllis returned to the Tan-O, Lenny died before the biopsy was even back.

General Hospital Updates – Was That Who Nina Reeves Thinks It Was?

General Hospital viewers know that Jasper “Jax” Jacks (Ingo Rademacher) is not likely to leave the dangerous situation in Port Charles with his daughter Josslyn Jacks (Eden McCoy) being approached by mobsters! Jax is certainly still concerned for Nina, but he’s got much more important family business with Josslyn for him to even make a quick trip to Nixon Falls. If he hears about Lenny’s passing and realizes he was Phyllis’ husband he will likely at least give Nina a call to express his condolences, however. General Hospital viewers know that there is one missing person who possibly could have a connection to Nixon Falls and be hiding out in the area, though – and that would be Peter August (Wes Ramsey)! 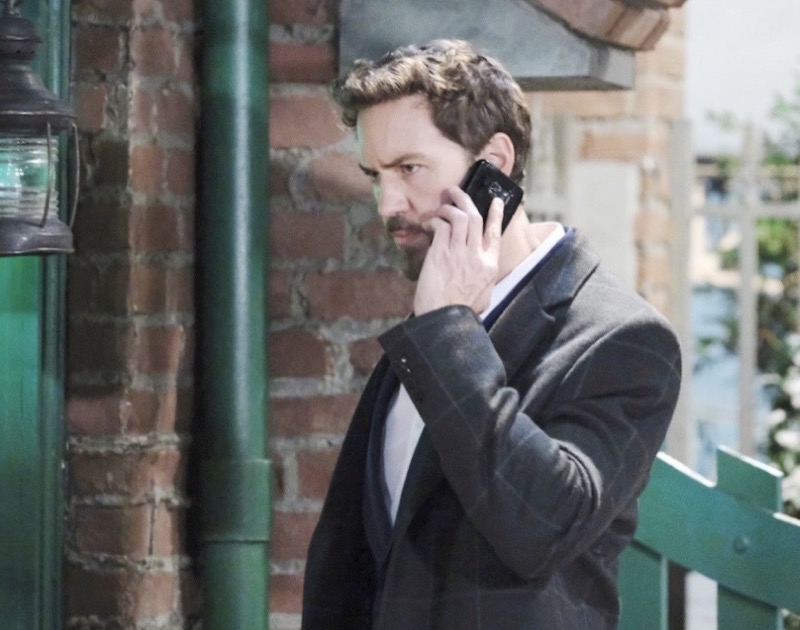 General Hospital Spoilers – Why Would Peter August Be In Nixon Falls?

General Hospital viewers think that it may seem odd for him to hide out there, but viewers will recall that when he was clearing out his office he told Anna Devane (Finola Hughes) he’d sold it to an investor. Elijah Crowe (Dan White) would have been the type of investor to buy The Invader, and he could have been connected to Cyrus Renault (Jeff Kober). 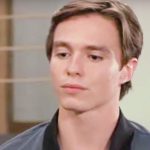 With both men in prison, since Peter’s kidnapping scheme went south, he may be in Nixon Falls trying to recover his losses. Nina may just get a glance perhaps from afar, but seeing Peter would definitely be a surprise – or maybe that should be a SHOCK! However, General Hospital viewers know it could be a reason for Peter to be there if Elijah bought The Invader and hadn’t been able to contact him!

General Hospital viewers know that Nina cannot be sure it was Peter she saw, and she would rather not approach the man to find out for sure! The last thing that Nina needs – other than Carly Corinthos (Laura Wright) and Jason Morgan (Steve Burton) honeymooning there would be a not-so-dead Peter! Peter would certainly find some reason to use the recognition of Sonny Corinthos as leverage for something, and perhaps use it to blackmail Nina for intel on Maxie Jones (Kirsten Storms) and baby Louise August (Harper and Scarlett Bloom). All Nina could tell would be that the baby disappeared, and she likely would tell Peter nothing at all! General Hospital viewers know that Nina would have to make a choice to either call Valentin Cassadine (James Patrick Stuart) about her sighting or the WSB! Either could expose her secret romance with the amnesiac Sonny!