General Hospital’s Kirsten Storms, who plays Maxie Jones, hurt her wrist in a freak accident recently. Kristen’s Ex-husband, Brandon Barash (Jake Dimera DOOL), says it’s karma for everything she has done to him. Of course, Brandon was joking but it is fun to see the exes get along so well.

General Hospital’s Kirsten’s marriage to Brandon may have been short-lived, but they have been friends for years. Brandon and Kirsten were friends for seven years before they began a romantic relationship. When the couple realized that married life just wasn’t working for them, they agreed to remain “homies” as Kirsten described.

Kirsten recently spoke to Maurice Benard (Sonny Corinthos) on his State Of Mind podcast. Of course, Benard worked with both actors on General Hospital as Barash played Johnny Zacchara there. Kirsten and Brandon vowed to always put their daughter first when they separated and often do things together for her. Brandon couldn’t resist teasing his ex over her accident when it happened. 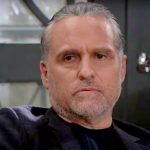 Since General Hospital Kirsten is sporting a cast, Maxie had to have an accident as well. Kirsten says she was taking out the garbage and got caught up in the string on the bag. Considering that Kirsten seriously injured her fingers, she is forced to wear a brace for a while until it heals. However, it just so happened that Kirsten’s middle finger was injured prompting her ex to tease her about flipping him off too much. Brandon even clapped back with, “wonder what will happen if you keep calling me a$$hole?” 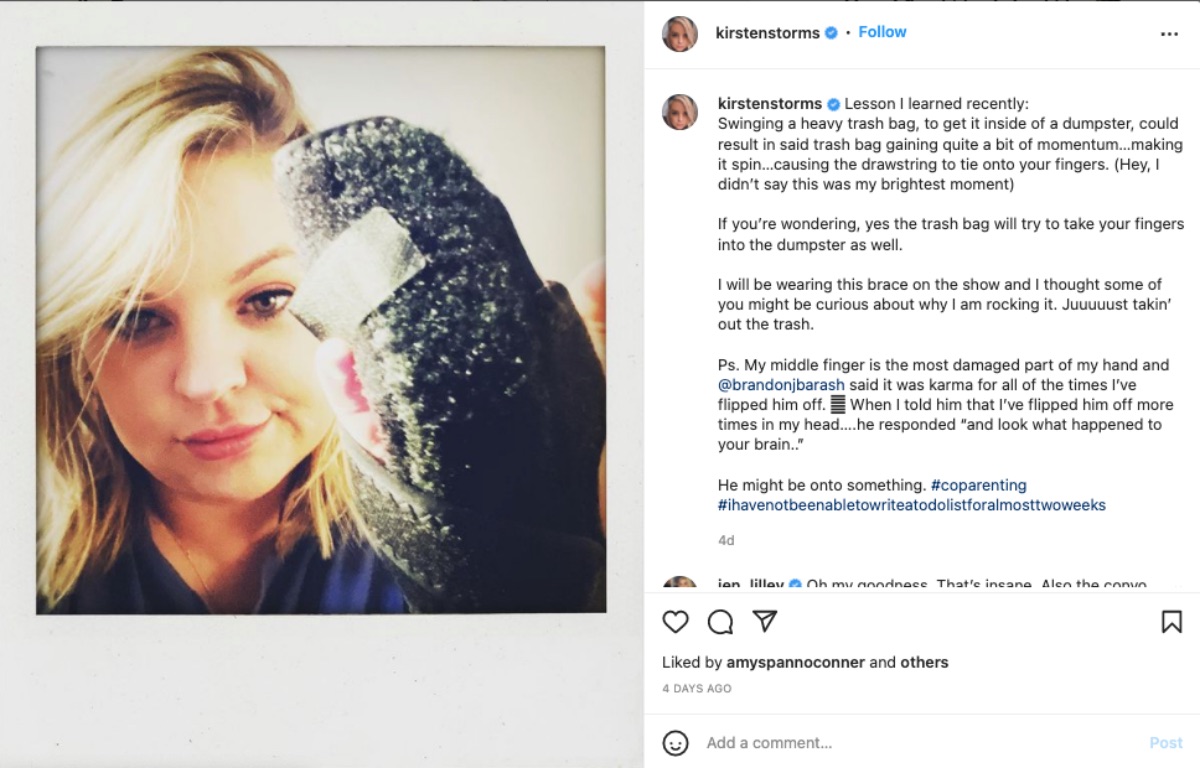 General Hospital Kirsten is quite used to being teased by her ex-husband. However, could the Days of Our Lives star suggest that karma is literally about to bite Storms where she sits? Fans love how these two get along so amicably after their split. Fans who miss Barash on General Hospital can see him on Days of Our Lives where he was cast as Jake Dimera, one of Stefano Dimera (Joe Mascolo) and Vivian Alamain’s (ex-Linda Dano) twins. Barash previously played Stefan Dimera who was shot and killed by Lani Grant (Sal Stowers).

General Hospital writers will have to explain Maxie’s accident and of course, she has her boyfriend, Austin Holt (Roger Howarth) to patch her up. Will the writers explain the cast or just work around it being on camera? Will Maxie have a run-in with a dumpster as well? Hopefully, Kirsten will heal soon and stop trying to chuck her fingers in the dumpster with the trash.